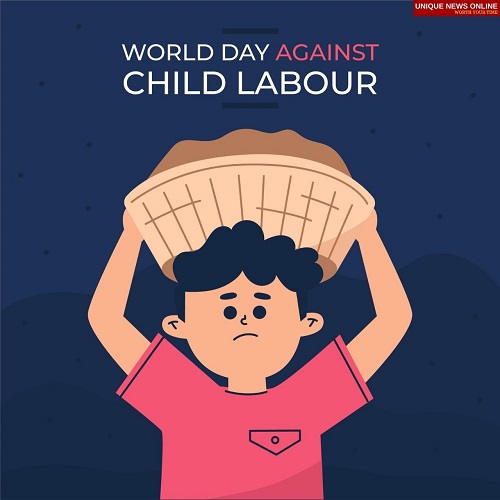 Children are our most valuable resource – Herbert Hoover, 31st President of the United States

This is so true because a society can only be sustained when children who are born into such a society, grow to become responsible adults and take over the sustainability of the society. They are therefore the most valuable resource any country can have.

But the question is, are we giving this valuable resource a chance to be utilized and show forth the potentials they have which will be of immense benefit to the economy? Background, race, tribe, religion, location and the likes should not never be the basis for which a child lacks certain opportunities. A selected category of children should not be given opportunity for a bright future and others subjected to hardship. What this does in the long run is that the disadvantaged ones turn around to become nuisance in the society and hamper its growth and development. At the end of the day, there is no significant progress seen.

The International Labour Organization asserts that “Not all work done by children should be classified as child labour that is to be targeted for elimination. Children’s or adolescents’ participation in work that does not affect their health and personal development or interfere with their schooling, is generally regarded as being something positive. This includes activities such as helping their parents around the home, assisting in a family business or earning pocket money outside school hours and during school holidays. These kinds of activities contribute to children’s development and to the welfare of their families; they provide them with skills and experience, and help to prepare them to be productive members of society during their adult life. The term “child labour” is often defined as work that deprives children of their childhood, their potential and their dignity, and that is harmful to physical and mental development.” And this we must act against.

So this day, we remind ourselves of the harm committed against children around the world. Many children are routinely engaged in paid and unpaid forms of work that may or may not be harmful to them. And most times these children are deprived from acquiring formal education or any other form of education that will serve as a tool and platform for them to attain a better life for themselves, and contribute favourably to their community.

We cannot fail to call out once again this day to every stakeholder to ACT NOW and continuously on eliminating child labour despite a lot of work that is already being carried out. And remind ourselves of Target 8.7 of the UN Sustainable Development Goals which calls for an end to child labour in all its forms by 2025.  This is important if we are to save our future.

Education in all its forms is paramount to end child labour.  These children deserve to be educated and engaged in more meaningful and mind-developing activities that can lead to the betterment of their lives. The more educated and informed they are, the faster our development and progress will be as a nation. Also, every individual in the nation needs to embrace the knowledge of the adverse effect of child labour on the child’s health and general wellbeing, and the future effect on the nation if nothing is done about it. Reminding ourselves over and over again that children are our most valuable resource, that needs to nurtured and harnessed not destroyed.

Flickers of Hope Foundation carries out various projects to see that many children have access to formal education, are productively engaged and not subjected to child labour. Learn more about FOH Project Back2School and FOH Personalized Scholarship Fund as you join us to ACT NOW, END CHILD LABOUR  and educate the future generation.