In search of an alternative to ASUU strikes 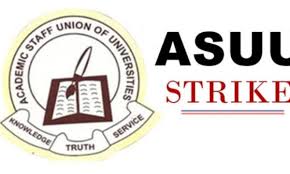 The nation’s federal universities remain in the crucible as government insists on a payroll system members of the Academic Staff Union of Universities (ASUU) are not in agreement with. Add that to the unfinished business of the 2009 agreement, you have a perfect recipe for endless unrest. But is there an alternative to university teachers going on repeated strike? Head, Education Desk, IYABO LAWAL explores the subject.

“I have noted with great concern the incessant strikes by teachers and other university workers, which most of the demands are germane but the repercussions have negative consequences. Let me assure you that this administration will soon come up with modalities of addressing your grievances without face-off, so that we attain stability and balance in the system,” President Muhammadu Buhari had said at the 23rd, 24th, and 25th combined convocation ceremonies of the Abubakar Tafawa Balewa University (ATBU), Bauchi. That was in 2018.

Today, the Federal Government and ASUU remain locked in seemingly endless combat. For the government, the weapon remains conventional, ‘no work, no pay’, and for the union, its weapon remains predictably the same: strike. It is a means to an end that makes both the protagonists and antagonists grow weary until there is retreat and surrender.

Not yet so in the case of the Federal Government and ASUU. A statement by ASUU on its Twitter handle summed it up: “Today, we wish to let Nigerians, especially our students and parents, know that there is no hope in sight to ending or suspending the strike that has lingered for several months as government is yet to show serious commitment towards addressing our core demands.”

It further sounded a forlorn warning, saying, “Our members have been advised to seek other legitimate means of survival as government has not released salaries withheld since February 2020.”

The current crisis, amid other pending issues, is as a result of government’s insistence on the controversial Integrated Payroll and Personnel Information System (IPPIS), which ASUU described as an encroachment on the autonomy of universities.

At least, between 1999 and now, ASUU had gone on strike for 44 months – a grim reality that every stakeholder wants to turn into a forgotten past. Since 2009, the Federal Government and the union have been at daggers drawn. Agreements have been made; promises have been broken and university education has been left to haemorrhage.

As that is not the future the country desires, stakeholders are calling both parties to fashion out a more constructive means of resolving conflicts or differences on time – without one party buying time unnecessarily and the other shutting down negotiations at will. Until that is done, Nigeria will continue to grapple with incessant strikes and a stunted university system.

A former Vice Chancellor at the Usmanu Dan Fodio University, Sokoto, Prof. Mahdi Adamu said to end incessant strikes in universities, the causes must be considered and resolved.

Prof Adamu noted that the crisis in tertiary institutions rose to a frightening level in 1987 when government’s grants to universities were reduced by 30 per cent from what it used to be –leaving them with money that was barely enough to pay staff salaries. “As a result of that, teaching and research facilities began to rot’.

A scholar and researcher, Olawale Albert, noted that there are three critical stakeholders in the issue of strikes in Nigerian universities. The first is a government that stopped funding the institutions properly since the late 1970s, and entered into agreements that it is not ready to implement with university workers. Albert identified the second as university workers, especially the academic staff that will not mind shutting down schools for months on a regular basis, pressing for demands that government is usually reluctant to meet; while the third are members of the public that usually respond to strikes with panic, not wanting their children to stay longer than necessary in school.

Prof Tony Olumodi of Nnamidi Azikwe University, Awka observed that the issue of workers going on strike has become entrenched in Nigeria. “It is not limited to university workers and these strikes have far-reaching impacts on the country and its development.”

For a lasting cure to the perennial malaise, Olumodi said government “must invest more in mapping and tracking the dysfunction” of the universities, with a view to addressing the “structural and contingent causes of destructive strikes.”

“Year in, year out, budgetary allocation to education is often too low, while public office holders maintain extravagant budgets, this is unacceptable and would not help in putting an end to strike in universities.

“The mechanisms of reconciliation and dialogue between employers and employees must be resuscitated and made functional. There is the need too, for government to prune its spending frivolities and conspicuous consumption, which gives the impression that money is not the problem but how to spend it.” For Albert, the way things are with Nigerian universities suggests that the government alone can no longer carry the burden of financing the university system.

“Yet, government has refused to allow universities charge school fees to meet some of their needs. This makes it necessary for Nigerian universities to start working on how to contend with the challenging situations around them.

“It is necessary for these institutions to start working towards internal sustainability through rededication, pragmatism, innovativeness, and cutting-edge competence, most especially in terms of cost rationalisation and resource optimization,” Albert said.

According to him, a responsible government respects agreement, adding that government should not only make agreements, it should be more than willing to keep them.

A renowned education scholar, Dr. Ojeifo Aidelunuoghene, said: “When financial crises broke out in 2007 and banks were in trouble, government brought out N3tn to bail out the banks. It was even so when the aviation industry was in distress – government gave the sector N500bn and the same government gave billions of naira to Nollywood.

“Education sector seems not so regarded. In line with UNESCO’s declaration, government must increase its budgetary allocation to education annually to avert industrial disputes in the nation’s ivory tower.”

Despite the several meetings between the leadership of the striking university teachers and government, no concrete agreement has been reached on how to end the strike.

The union faulted the Minister of Labour, Dr. Chris Ngige, for saying that government had met the demands of the union. The National President of ASUU, Prof. Biodun Ogunyemi, asked Nigerians to investigate which of their demands had been met by government.

“As far as we are concerned, nothing has been delivered to our members and we don’t want empty promises. Let us take the issues one after the other. The withheld salaries of members, which is between four and eight months have not been paid; if paid, accounts of members would have been credited; same for Earned Academic Allowances (EAA).

“Visitation Panels have not been constituted for the universities, if that is done, Nigerians would have heard the names of panel members as announced by the government.

“The proliferation of universities by state governments has not been addressed. The renegotiation of the 2009 Agreement has not started, the 2019 Memorandum of Action is not yet implemented,” he said.

Ogunyemi maintained that the onus of universities reopening soon, lies with the government, as members will not go back to classrooms on empty stomach.

ASUU Chairman, University of Lagos chapter, Dr Dele Ashiru, said the union had explored other options, without achieving any positive result. He stated that the union set up a lobby team, approached traditional rulers upon advice, but all didn’t work.

“Concerning other options other than strike, what do you do when government appears decided to destroy public universities?  We explored other options but government remains adamant. We were asked to lobby. We set up a lobby team. It did not work. We were asked to approach traditional rulers we did. Some even asked us to go and beg the wife of the president but we said we couldn’t do that. As intellectuals, we are open to other options and suggestions,” he said.

On his part, former ASUU Chairman, University of Ilorin (UNILORIN), Dr. Taiwo Oloruntoba-Oju said before resorting to strike, union leaders have exhausted all other strategies to persuade government.

“Based on experience, no union leader wants to embark on strike if he can help it, and only do so as a painful last resort. This means that they must have exhausted all other possible options or strategies to persuade government to do the needful. Those strategies include: sensitisation, dialogue, offer of cooperation or even assistance, involvement of stakeholders, including state and national assemblies, royal fathers, clergy; lobbying, involvement of the media, adverts, involvement of international labour and governmental organisations, and then, patience.

“Sometimes even when the rank and file of members of a union have been agitating for long and are already fed up, the union leadership may still continue to appeal to them and hold on patiently, with the hope that the issue would be resolved. Beyond all that there is nothing else they can do – all options have been exhausted,” he said.

The former union leader however, insisted that the only antidote to strike action in the university system is good governance and responsiveness to the burning issues in the sector.

A lecturer at Benue State University, Dr. Charles Nkpe said dialogue couldn’t have worked out with the current administration, as government is not ready for such.

A parent, Mr Olu Lawson said since strike has been seemingly ineffective students could organise a protest and picket government offices, to force them to accede to the union’s demands.

Lawson said: “Besides strike, the one other thing I know can be done is protest. If students can come together to confront government, it may prove to be effective.

A 400-level mass communication student from the University of Benin, Ngozi Adaobi lamented the continued strike, saying all her mates in private universities have graduated and appealed to the two parties to embrace dialogue and urgently resolve the matter.

Another student, Toni Ubong from the University of Port Harcourt, said there was no other strategy anyone could use to make the government act apart from strike.

“No matter the efforts of ASUU, it is only when government stops paying lip service to education that sanity can return to the sector. If only government can stop its non-challant attitude towards education and fund it appropriately, issue of strike will be a thing of the past.

While stakeholders blame government for incessant strikes, a top official from the education ministry who pleaded anonymity accused union leaders of always “in a hurry” to down tools instead of continuous engagement with government.

The official said dialogue remains the only alternative to strike actions and industrial disputes.

For now, both ASUU and government negotiation team are yet to resolve all the issues, it is expected that they would do so soon for varsities to resume.

Flickers of Hope is a Non-Governmental Organization with a primary focus on Education. We aim to educate, mentor, empower and equip young people, as beacons of hope for the nation.
Post Views: 682