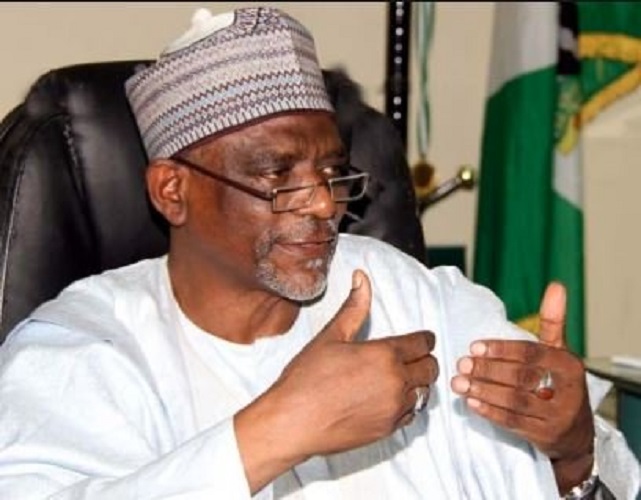 •Environment not safe yet to sit for exams, says minister

In a chat with reporters at the State House after the seventh weekly virtual Federal Executive Council (FEC) meeting in Abuja, the minister said there is no date for resumption of schools yet.

The development negated a directive by the President Task Force (PTF) Control to states to begin the process of reopening schools for the resumption of pupils in exit classes.

Minister of State for Education Chukwuemeka Nwajiuba, who gave the directive during the Monday briefing of the PTF, said schools should reopen to prepare the pupils for the Senior Secondary School Certificate Examinations (SSSCE) scheduled to begin on August 4.

But, announcing the u-turn on Wednesday, Adamu said he would prefer that pupils lose an academic session than to expose them to dangers.

He appealed to state governments that had announced reopening of schools to reconsider their decision for the sake of the pupils’ safety.

Speaking on the effect the decision to keep schools closed could have on JSSIII and SSSIII pupils, the minister said Nigeria would not open the schools yet, not even for the WAEC, which is a regionally-control programme.

He, however, debunked an earlier report, which claimed that his Minister of State (Nwajiuba) announced August 4, as resumption date for schools, saying the minister was misquoted.

Adamu said: “I don’t know whether you journalists are misquoting the Minister of State for Education or maybe quoting what WAEC said and made it into a story. Schools under the supervision of the Federal Ministry of Education will not be opened on August 4 or anytime soon.

“Our schools will only open when we believe it’s safe for our children and that is when the situation is right, not when the incidence of the infection is going up in the nation. I just want to make it clear.

“We will not open soon for examination or for any reason, unless it is safe for our children, even WAEC. WAEC will not determine for us what we do. Schools will remain closed.

“Yesterday we called on stakeholders who will tell us the situation and the way it should be done for it to be safe. While the meeting was going on, WAEC announced that they are starting examinations. Let’s see who they are going to start with.

“I will also like to use this position to ask those states that have already announced (reopening), I appeal to them. I think it is not safe. I feel responsible for all children, not just those who are in federal government-controlled schools. Please, let’s save our children from this.

“One infected child is enough to infect a whole class. When they close from class, they go into the dormitory.

This is not the right time to open schools. I appeal to the states that have already announced to reconsider it.”

When asked if Nigeria will be the only country to miss out of the WAEC examinations, he said: “As minister of Education, if I’m given the chance, I don’t mind Nigeria losing a whole school year than exposing our children to danger. WAEC is a parastatal of the Ministry of Education.

They cannot determine for the government what it does.”

A non- profit, NGO registered with the corporate Affairs Commission RC 43149 on February 2011. The Organization was established in 2010 primarily with the burden to give hope to the hopeless removing young hawkers from the street and putting them back in schools.
Post Views: 478