COMMUNITY LEADERS INFLUENCE ON SCHOOLS IN RURAL COMMUNITIES IN NIGERIA 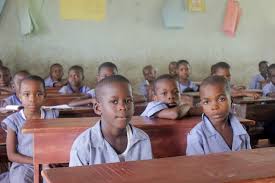 Should community leaders have a say on how we run our educational system? This challenge we encountered on one of our projects- PRIMARY LIFT EMPOWERMENT PROJECT.  As always the students are at the receiving end, this time not for good.

In 2018, we visited a primary school located in a community, in FCT, Nigeria. The community was predominantly occupied by two cultural groups, perhaps sharing equal population; the ethnic group that belonged to that state; let’s refer to them as ‘the sons of the soil’ and another ethnic group who had migrated from their own state and settled there; let’s call them ‘the minority group.’

Our focus was to pick intelligent students from the school who can be awarded scholarship to continue to Junior Secondary School following our findings on the trend of things in that community, that students hardly continue to Secondary School mainly due to lack of funds. More so, they don’t see the need for attending primary school since it turns out to be a waste of time, eventually a dead end.  The school management has a tough time even keeping the ones that are already enrolled and make use of different techniques to encourage them to stay in school; such as allowing them into school without school uniforms or exercise books and so on. Our aim of picking out outstanding students was to encourage the others coming up and give them hope that if they kept on with their primary education and do excellently, perhaps they will be picked by us for a scholarship as we would come around yearly, or other organizations that share our passion also might come too; opportunities could come knocking from various quarters.

We performed our due diligence and picked one student in that first year but we have not been able to do more in that school or community in the following years. Why? Community Influence! The child we picked was from the other ethnic group (the minority group) not the sons of the soil or ‘the owners of the land.’ Notably, the girl chosen by merit has kept on in her brilliance and intelligence, topping her class in secondary school.

We went back the following year to continue with our project in that school and met a road block. We had performed our due diligence again and picked our best student, by merit. The student still happened to be from the minority ethnic group. But the community leader (of course, a son of the soil); the spokesman of the community would have none of it. It was either we picked a child from his own ethnic group that year even though he or she didn’t merit the scholarship, since we picked from the other ethnic group the previous year.  We later on had to conduct an exam for the students to see if their ethnic group will at least be at the top, even if we might try to reconsider but worse the top three students for that year, our possible choices were from the minority ethnic group, the same tribe with the girl we picked the previous year.

In fact, the only way given by the community leader was that we picked from each ethnic group year by year, alternating it whether they merited it or not. Or pick two students, one from each ethnic group. How possible is that? Will we abandon the students that merited it even via the exams and become sentimental? We are a non-governmental organization, not an ethnic group and we serve the Nigerian children not a particular tribe and our slot for that school was for children who merited it. If the children of the soil merits it, as an organization we will never deny such a child; same rule applies to everyone.

Should belonging to an ethnic group determine if a child is awarded a scholarship or not? No! We don’t think so. Should the community a child live in determine if his/her schooling continues or not? It shouldn’t be. But well, it was either we succumbed to their request or not. And years down the line, it’s just been one child we have been able to take further to secondary school from that community. There was no way out of it.

The head teacher of that school couldn’t help us. He was also under pressure from the community leader too. He somehow became handicapped to release any child. If he wanted to, the news would fly around definitely; the community wasn’t a large one. The community leader happened to be a major stakeholder in this case. His job might be on the line, his peace was threatened. They could push for his removal if he didn’t dance to their tune, they probably had influence with higher authorities.

Funny enough, the head teacher is also a son of the soil deployed by the government to serve in the school in that community, and in their words, he should fight to favour ‘his own people’ and see that they get the scholarship, but the passionate man we met desires education for all the students not just because they are from his ethnic group but his hands had become tied. If the student deserves it, he/she should get it, right?

Wouldn’t it have been better to encourage their children to work and study harder to merit the scholarship in the coming years? Giving out scholarship based on ethnic sentiments not merit would defeat the aim of our project; of challenging the intelligence in the other children by encouraging outstanding students with scholarships.

Their fear, like the head teacher told us was that when children from other states are educated and trained, their children will be left unschooled or unaided. In the future, when the children from the other ethnic group become important persons in the society and perhaps wealthy, they would go on to develop their own states and communities and leave them the way they have been; underdeveloped. But at least their own children; the sons of the soil will come back to develop their state.  And well, we will like to add that there is sheer pride in knowing your statesman and son of the soil is in a position of authority in the country.

We might want to reason with them but Nigeria is one nation, not owned by any ethnic group. Should it be run as a one man show? Or one- community show? No! Flickers of Hope Foundation is not affiliated to any ethnic group, the founder nor staff are not even indigenes of the communities we serve, yet we go all out to serve and educate the young ones, not even going back to our own indigenous communities or states because education is no respecter of tribe or ethnic groups or persons. And I am sure many people that truly have the interest of people at heart do not care the state, location, ethnic group or tribe and yet serve them.

Our heart goes out to that community and the children that have been deprived for years now, and we look forward to an opportunity to educate the leaders and people of that community that the fact that I am not of a community or ethnic group does not mean I cannot develop and serve the community. The Nigerian Youth Service Corp established by the government even shows this example by deploying youths to different states and communities, even interior villages that they have never been before to serve, that is the essence.

We are sure this situation happens in many other communities across the country and many children suffer this deprivation. Why should the community influence a school system established by the government because it is located within their reach? And interfere with the school management’s decisions in such important matters, thereby blocking off opportunities for the young ones to acquire higher formal education. Does the community have such right? If the influence does not encourage better learning opportunities for the children, then it is not supposed to be so. There are many other positive ways the community can encourage their children to be educated. The community should encourage every child under their watch irrespective of tribe or background to acquire formal education and other forms of education instead of being a hindrance to it.

We desire that individuals and leaders have a heart for people not just their ethnic groups.  And everyone should seek development of his fellow countrymen irrespective of ethnic group or location. That merit, not sentiments should be hallmark of admissions into formal academic settings. That’s the essence and goal of true and quality education.