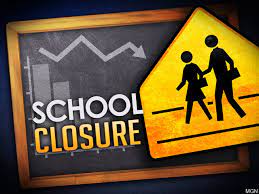 As crises invade a particular area non-stop, it is usually in one’s best interest to flee that particular location to a more peaceful or at least considerably safer place, in order to preserve one’s life and that of loved ones. Over the years, this has been the common practice in Nigeria, as many people relocate from their various hometowns to places considered better in the country. Most times without a plan on how to survive in their new abode, after leaving behind their various means of livelihood in a hurry away for their dear lives. Therefore, becoming a ‘burden’ and of no significant benefit to their new location and community; unable to deploy their full potentials and be of service to their nation.

This, of course is no fault of theirs, the new location was not prepared enough to handle the influx of too many people at that time, and resources which were already in short supply becomes more depleted.  No wonder the many internally displaced persons and camps scattered at different locations in the country. For those who have families and relations to run to in other states, it is still tasking to gain balance and start afresh. FCT Abuja, the nation’s capital territory which seems like the safest place in the northern region, has not also been spared of this influx of people in search of peace and safety.

Education in Nigeria is still going through a lot of ups and downs, though efforts are being made continually towards the reformation of the entire system. However, various attacks on the major stakeholders and educational facilities haven’t made it any easier and is becoming a way of life. This speaks to the insurgencies, kidnapping, abductions going on in schools these days with main target location as Northern Nigeria.

Northern states in Nigeria have been on the spotlight for not embracing formal education fully and have always been relegated to the background in this area, which led to advocacies and deliberate efforts being made to tackle this issue.  Using Zamfara and Kaduna as a case study, the recurrent attacks and shutting down of schools in these states only frustrates the progress being made. The negative effects on the students, teachers, parents, the desire for formal education in such states that is being watered down gradually should not be overlooked by any means because greater negative effects lie awaiting the nation in future. One of such is the exponential increase in the number of out-of-school children which has been a long-standing problem that still awaits a lasting solution.  As many people relocate in mass to FCT and other states of the nation, seeking not only safety but formal education, the educational facilities in these areas will definitely not be spared of the effect of this influx.

It has been a matter of concern to us as a nation, and especially education stakeholders on the overstretched educational facilities.  In many places in the FCT, it is not uncommon to see battalion of students trooping in and out of schools daily during school sessions, the not well aerated classrooms filled to capacity with students seated uncomfortably, and the exhaustion on the faces of teachers after lessons because of the overwhelming number to cope with.  And this is not restricted to Junior and Senior secondary schools; Tertiary institutions are also affected. These and many more examples show the extent to which our educational facilities and resources are being over-stretched.

As plans and efforts are continually being made by the government, policies being enforced, stakeholders speaking up for this cause, all in order to tackle this issue of overburdening our educational facilities.  It is now more alarming that due to the closure of schools in these Northern states, and in a bid to acquire education, many more families are going to relocate and of course, see to the enrollment of their children in schools with already ‘overstretched facilities.’  The quality and caliber of students that graduate from these schools yearly will be more affected.

As we must continue to tackle and put an end to insurgencies and the likes in the Northern states, there is a need for ‘more’ in the FCT and other states if our educational system in Nigeria will strive. More schools need to be built, which will offer a chance for more Nigerians gaining employment. More teachers should be employed in already established schools to accommodate the large number of students, more educational facilities in schools e.g libraries, classes, laboratories, toilets etc to better serve more students. Ultimately, more effort and commitment to a better educational system by all stakeholders involved.