INSECURITY IN SCHOOLS- A THREAT TO ACCESS AND QUALITY EDUCATION 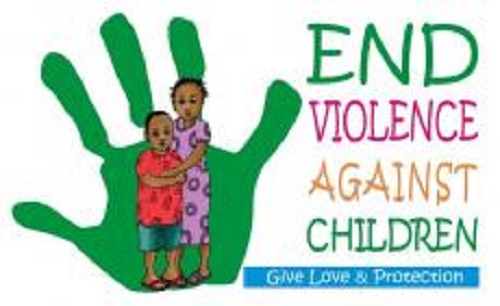 As more and more news of the lives of children and teachers being threatened while in school hits the air, it becomes fearful to imagine the future of the Nigerian child and the educational system.  The consistent trauma on parents that simply desire a good formal education for their children. The attempt on the lives of the children and their educators is definitely a threat to access and quality of education in Nigeria.

It is noteworthy that many northern states of the country are in public view for not embracing the value of education as fast as other states. Many of the children still fall far behind unable to gain access to formal education because of many underlying issues such as cultural influences and the likes. However, a lot of work is being done in these areas by well- meaning individuals, government agencies and non- governmental organizations to see that the children of the north are not left out completely educationally and measure up with their counterparts in other parts of the country.

Now, if a lot of effort is being made and yet these areas are plagued with ill-meaning individuals who constantly threaten the peace and tranquility of the students in school, obstruct learning moments and even cause the death of some.  This does not leave much room for hope in the success of education in these areas. Many children that might have escaped the kidnap will constantly live with the fear of the unknown; in doubt of whether it will ever be safe to be in school or not, if another attack will be launched anytime soon, and if they will be the next to be kidnapped. The thought that they may never see their friends, neighbours, classmates and school mates again because they are held captive in an unknown place for a crime that is not stated.  The so-many unanswered questions lingering as to why the attack on their lives will further heighten the fear.

This has therefore rendered the learning environment unconducive, not forgetting the effects on the children’s mental health. This kidnapping and killings in school has already been written in history and will continually be remembered. Not forgetting that various sudden attacks in these areas have led to displacement of so many, now scattered across internally displaced persons (IDP) camps in various parts of the country.

With all these issues, many children and parents will shy away from formal education completely and this is not speaking to the north alone. In other parts of the country, the fear will also spread as many might wonder, whose state or community is next? Which school is next on the list? With the long break from schools due to the COVID-19 pandemic, the effect of the long break on the children, it is unimaginable that as the students try to settle down and adjust to the learning environment again after resumption in barely few months, that they are faced with such cruelty; being forced to run into hiding in fear for their lives. Education that should offer hope has become a thing of fear.

The quality of education in the country once again has been brought to limelight. It is normal to see many schools all over the country without fences and security personnel. Students being able to roam outside or leave the school premises during school hours unsupervised and unguarded, strangers walking in and out or passing through the school, interacting with the school children unnoticed by anyone is a matter that must be seriously tackled. No security personnel to notice any odd movements around the school premises in order to call for appropriate actions. This are just a few of the security issues that schools face.

This security issues must be tackled immediately if the educational system will strive. Some solutions include, proper trainings given to security persons so as to function effectively , community engagement which involves general security awareness and education by citizens and communities and proper funding of security agencies, which cannot be overemphasized etc.

Speaking directly for the schools to the government and various education stakeholders, school infrastructure is also one of the major issues that must be tackled first hand in the country, from school fences, to adequate classroom spaces and furniture, to basic facilities like toilets, laboratories, libraries etc. A good and safe learning environment is the start of accessing quality education. Coming into a conducive learning environment will go a long way in affecting the minds of the children positively even before receiving lessons from a teacher. Many classrooms in government schools in the country are far from conducive but let’s at least start with the school fences. Every school environment should at least be properly fenced irrespective of location with adequate security measures to guarantee the safety of the children. The students should be able to feel safe and have a quiet and serene environment for learning. Every parent should feel safe knowing that their children are coming back home to them after school.

While we put structures in schools for better security, let’s also put better infrastructures in place to at least guarantee that security. The lives of the students depend on it.