The Mental Health of Children and its Effect on their Education 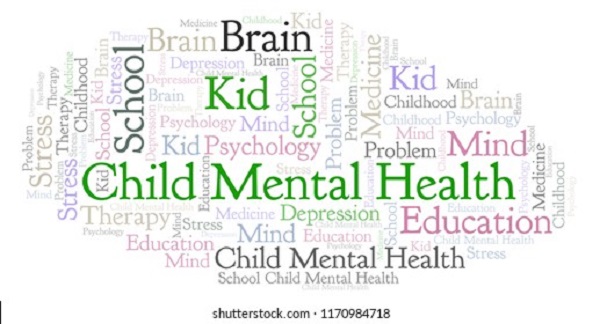 Mental health according to the World Health organization is defined as “a state of well-being in which the individual realizes his or her own abilities, can cope with the normal stresses of life, can work productively and fruitfully, and is able to make a contribution to his or her community”.

As much as an adult, adolescent or youth need to be stable mentally, children aren’t supposed to be left out because they also go through a lot. One important aspect that can be affected if a child’s mental health is affected is their education. Children need to be emotionally stable in order to concentrate in school, perform well academically, realize their full potentials, cope with stresses of life, work productively and fruitfully and also contribute to their community, school, environment and their country at large even as they grow.

A child’s mental health and well-being can be affected by various factors and the most common factors include negative family experiences, life experiences such as trauma or abuses (sexual related abuse, verbal abuse, and physical abuse), biological factors such as genes or brain chemistry.Family experiences can affect a child’s mental health and well-being, for example a child from a dysfunctional home where parents fight and exchange negative words will find it hard to fully concentrate on his/her academics because the child will be unhappy since it will be hard for both parents to really show love to the child because they are also unhappy. This particular child will find it hard to really do well in school.

A child who comes from a home where both parents show love to themselves and also create time for the child will definitely perform better academically because he/she has a supportive system that is reliable. Parents need to be conscious of their attitude towards each other so that the mental state of their children will not be affected by their actions whereby leading to the child performing poorly academically. One thing about children is that they see and also observe whatever their parents do, they might not talk but those actions and inaction will definitely affect them.

Denaye Barahona says “one thing you should know about kids is that they are little sponges. They soak up everything from their parents. The words they say, the attitude they exude and the stress that their parents carry”.

Another factor that can affect the mental health of children thereby leading to a poor performance academically is negative life experiences such as trauma or abuse (sexual, verbal or physical). Children who have experienced trauma at any stage in their lives are likely to have learning difficulties, and they may require support in academic environment. They may also struggle with sustaining attention because they will be distracted each time they remember the trauma experienced and this will definitely lead to a poor academic performance. Mental health problems also increase the risk of repeating a grade, truancy and dropping out of schools.

The following practices can help improve the mental well-being in children thereby leading to high performance and productivity. As parents, take care of your own mental health too; this is the best thing you can do in other to keep your child mentally healthy. You also need to foster healthy relationship with your kids, because the relationship children have with their parents is vital.

Establish healthy habits in them which will help their consistency and produce a positive effect on their mental state. Healthy habits like a healthy diet, a goodnight sleep, physical exercise etc.

All of this practice and more will help children’s mental health and help them perform well in their education.