Early Childhood Education: A Core Reason for The Education of The Girl Child 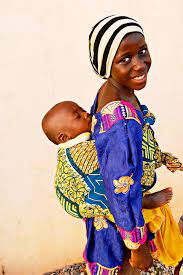 Can you imagine a car mechanic who has never visited a car workshop in all his life, but has all the modern equipment filed out in his compound waiting for drivers to bring in their cars for repair? Will such a mechanic worsen the condition of a car or will he put an end to the stress the driver has gone through for pushing his car over many kilometers to his house?

Every mother we see today on the face of the earth at a stage of her life was born a child (a girl child). And nobody can override the cause of nature. Her ability to conceive and bring forth a child (either male or female) is an exclusive role of motherhood.

Apart from giving birth to young ones, which is exclusive to the duty of a woman, the early child upbringing is also the primary function of mothers who were once girls that were born into families. It is scientifically proven that children at early stages of development easily pick up the words of their mothers. As the child is gently breastfeeding, the mother sweetly whispers into the subconsciousness of the baby words, feelings, love, values, deep thoughts, languages, prayers, ideas, etc.

Ideally, this is what it ought to be, but often not, it is not. And the big question is that, who can give what he or she does not have? Certainly, for anyone to be able to give anything, whether big or small, she is expected to first possess whatever she is expected to give. If children must embrace knowledge, exhibit wisdom and love in places of authority, relevance, and various professions (spheres) of life, it is expected that the child’s first contact for all of these must not be less equipped than the child.

Sometimes, we try to shy away from the core truth, but if we truly give it our time to carefully examine it, we could know what is actually responsible for the many leaders that are inhumane ad untrustworthy that we have across the world today, when compared with those who are humanitarian leaders and people persons. Sometimes, anyone could ask, does it mean that these leaders who oppress their citizens (people) were never born in homes, breastfed by mothers, and taught values at home?

Fathers are great pillars in homes, but it won’t be possible for any of the fathers to do the job of the mother, and also for the mothers to swap her responsibility for the one of the fathers’. Since each member of the home has some exclusive role(s) to play, it is expected that while educating the boy child, the girl child should not be left out; deprived of her right to education because they (male or female) will be meant to discharge his or her function accordingly in the future. A failure in one will mess up the effort of another. The two must be equipped to complement, balance another.

Illiteracy is a great disease; worse than any virus in the world. No matter how great a woman is affectionately, if she fails to communicate love and honesty verbally to the child through teaching and training, the child could experience some deficiencies in these areas as he/she grows up.

Education is key to every training and teaching that a child is meant to receive in every home, and it has to begin with the mother. The role that a mother plays in the life of the child when growing up is over and far beyond that of the father. It is the woman that will be there to carry, correct, nurture, and sing to the child most times. But the mother will have to be there to attend to both the children and her husband physically and emotionally. How can such great responsibilities be handled effectively by an illiterate woman in these modern days that the society would expect to have well-mannered agents of change released and nurtured by her?

The society depends on accurate execution of the role of mothers (the girl child) to function maximally to capacity. Any attempt to hinder this truth either by religious beliefs, political reasons, or otherwise, will throw our societies to more decay, darkness, and acts of inhumanity.