THE IMPACT OF EDUCATION ON THE #ENDSARS PROTESTS 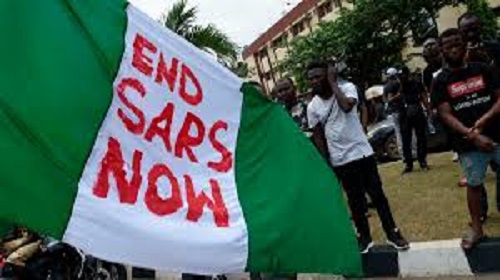 It is no longer news that the nation is currently undergoing a form of unrest that started as a protest against the brutality of the Special anti-robbery Squad unit of the police force known as SARS, which led to a stronger protest against bad governance in the country and a clamour for better lives and a New Nigeria where the system truly works. The youths wanted better. From the clamour, we saw they were truly tired of the erratic power supply, poor educational system which resulted in the incessant strikes and the overall economic state of the country, among other issues. It wasn’t just a protest against a unit of the police force; it was a higher demand for a better Nigeria.

As it is, the youth were tired of the state of things in the country, seeing youth unemployment at an all-time rise of 34.9%, university students have also been at home for months due to the ASUU strike, inflation rate is also on the rise and the youths know and understand the worth and impact they could derive from a country like this. All these and more fuelled the agitation to press on in the fight and continue the protest.

It all started as a peaceful protest by well meaning Nigerian youths on the 8th October 2020, the same month the country celebrated its 60th year of independence. The protest continued being peaceful for 10 days until it was hijacked by thugs who many claimed to be political thugs.

I sat and began to think on the impact of Education in all these and it’s quite obvious. The group that started the peaceful protest were obviously educated elites who were responsible and needed the change that they seek. They see the anomaly in the country and decided to use the power of their voice and oneness in order to change the narrative, which will eventually cause a great impact in the course of things. As it is, they knew their right and they were ready to use their knowledge to voice out their pain and truly cause a change.

Whereas, there was another set of people who were totally limited by their lack of Education which brings enlightenment and was ready to play into the hands of those who are ready to use them for the destruction of the country and the contrary impact that the peaceful protesters seek. All for an immediate gain. Education truly places us all on a higher pedestal that we get to know what will eventually be for our greater good and not an immediate gratification. If we are to think of it, we will realize that they were probably tipped with a certain sum which was to gratify them for the moment but not bring the real economic and social change that the country required at such a time as this.

It is worthy to note here that, while not all the protesters were literate, majority of them were and these majority influenced and guided the rest that were interested in being civil enough to bring about the Nigeria of their dreams.

One of the effects of Education on this protest as seen by the educated elites who started the peaceful protest was their increasing commitment to civil liberty; freedom of speech, they ensured they were not in any way robbed over by the government to stop their cry for a better nation. They all kept on raising their voices and commitment up high irrespective of the subtle and deceitful approach of the government regarding the course of things. I wonder if it were the uneducated, they might have succumbed to the pressure and possibly got bribed by the government, thereby getting back to square one where it all began.

Another effect of education on the protest was the disregard for the use of violence, we would see all through the days of the protest before it was hijacked by hoodlums and thugs who are mostly the uneducated, the protest was peaceful all through, coordination was the order of the day, where love was freely given and people ate and also sanitized the environment by clearing up the protest grounds after use, many others were reached out to and proudly supported in every way possible. This is one good gift education gives freely to everyone who is an active part and open to it.  Education reduces support for the use of violence by the protesters. We saw this in the cause of the protest, where protesters repaired the cars of all attacked by thugs, paid freely for it, gave out foot wears to everyone who got theirs damaged.

Increase in the knowledge of the protesters and the general public as they kept the people educated, was another major impact of education during the protest. The protesters had the responsibility to get the people educated and they did this by opening up discussions from way back to let the people realize how much they want a better life, not just for themselves but for their generations yet unborn. Effective communication to keep others abreast was set out in form of designs and artworks, animations and the likes to get the general public updated on unfolding event and past unpleasant events that will spur them up and not get them tired to effect the change they desired.

An uneducated fellow looks out for the immediate good but a well-educated person looks out for a greater impact and generational one at that.

Education truly widens our horizon. It is an essential tool in the revolution of any society. The good in education is enormous and cannot be over emphasized. FOH as a result is using this medium to reach out to you to partner with us in the actualization of the hopes of a New Nigeria, giving opportunity to more children to be educated and not be amongst the political thugs that will impede the future that we see. Everyone has the right to Education, no one is to be left out or they become an impediment in our way.

Sponsor a child’s education today and you have successfully secured your future and that of your generations to come in all of its ramifications. If you think you wouldn’t be affected eventually and it doesn’t concern you, then you probably were not in Nigeria in the month of October 2020, because even if you weren’t, the impact was felt over the world.

1 thought on “THE IMPACT OF EDUCATION ON THE #ENDSARS PROTESTS”