Public Primary School Strike; Its Impact on the Children and the Society 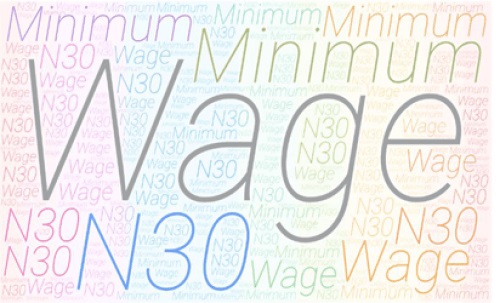 Flickers of Hope Foundation’s primary focus have been on Education, always looking out for various medium to send more children to school and drive their engagement in schools. Based on this drive and desire to commit to the education of more children in the Bwari Local Government area of the Federal Capital Territory, we embarked on a project called the Lift Empowerment Project which was primarily to send indigent children back to school. As a result, we started visiting extreme communities in the Bwari Area Council where free education seems less affordable for them and their major priority was food.

We were able to locate a school and had an interview with the head teacher on the demands of the pupils in the school. He began to tell us how funds were a challenge for many of them even though they were only required to pay 300 naira for PTA, he mentioned how some parents don’t value education and don’t even come to school to register their children. On the other hand, for some parents that desired good education for their children without the financial means, they saw no need to send their children to the primary school in the community since they had no hope of continuing to even junior secondary school. Why start what they cannot finish? There were some children without uniforms and were still permitted to attend school, many of them don’t even have books to stay in school with; all these were done by the school authority to encourage the children to stay committed in school and learn. We asked what the authority are doing in order to have the students come to school and the parent value education and he answered that he invites the ones he sees roaming around and convinced their parent to help them come to school. They even allow them stay in school despite their inability to pay the 300-tuition fee. Conversing with the head teacher, we could see the passion in him to get the children to learn and their parent value education. While speaking with him, we discovered that for many that could scale through the primary school successfully with this help, they couldn’t go further to the junior secondary school as the financial demands there becomes enormous and this causes many to drop out of school; getting married, learning a trade and following their parent to farm, for many others.

Flickers of Hope decided to take up these exceptional pupils with the passion to further their education but no funds to do so while engaging in more advocacies in the community on the value of education for all. We continued doing this and then recently in 2020, we reached out to this head teacher again, ready to offer scholarships to some of the primary school pupils to further their education and the head teacher began to inform us about the strike action taken by teachers of primary school in the FCT, we asked what the challenge was and discovered it was as a result of minimum wage, many teachers were still being paid below the minimum wage and their clamor was for this to be increased and the payment of their arrears.

We believe and know that there are many passionate and selfless teachers all over the country, like the one we got affiliated with who despite all odds want to ensure that the children in the community he is deployed to serve in, get at least the basic education that can give them more opportunities in life which their current realities was not offering them. This leaves us with several thoughts about why a teacher should still be paid below the minimum wage, a teacher who is helping in molding lives in the right path, opening them up to several opportunities available for them. We understand their clamor and we believe that as much as they have a heart for these children, they also deserve better and need to live quality lives.

Let’s look at the impact of this incessant strikes on these children, as we were made to know that many of them are not even done with the primary 6 examination before the strike was called for, leaves one to wonder what these children were simply being exposed to. Many that are to move on from primary to Junior Secondary School have been delayed, even promotion to a new class, on hold. Not forgetting that their counterparts in private schools are moving forward.

Just coming out of the long break from the COVID-19 and the inevitable disruption on the school system, students are expected to adjust academically and psychologically as a new session has began speedily, but the strike comes in to worsen the situation. Upon calling the strike off, teachers will be on their toes and put students under pressure to catch up with the set curriculum, and if it cannot be covered, they will have to skip many parts, how beneficial can that be? How can they then compete favorably with their private school classmates when they perhaps meet in junior or senior school?

In communities as the one we encountered, that a lot of encouragement is done on the part of the school management to make sure these children even come to school, if this strike persists, their bleak willingness and enthusiasm will gradually fade completely. On calling off the strike, it will be a whole new cycle of re-invitation to school, wasting more time instead of resuming school work immediately. Since the students can’t even afford text books that means their months of staying at home is actually wasted, with no books to study since they cannot be in the school environment that keeps their minds active and sharp. Many of them have gone back to farming, learning a trade, roaming the streets, begging, being given to child labor and exposed to all the menace in the society. This also tampers with our advocacy for education and the opportunity it offers, all that has been done in the indigent communities and parents. With all these, they are not seeing an educational system that is consistent and that works which will make them not see the need for it, making it harder to release their children to be in school. The children that should be improving and show them there is hope for a better life might be worse off with this off and on school system.  No wonder on interacting with some of the students of that community, they still have difficulty in reading and writing simple English; no encouragement from their family, community and then, the school system that should offer hope has also shut down.

Considering all these and the direct negative impact on the students, we advocate for teachers to be paid well, because they are major stakeholders in our fight for quality education.