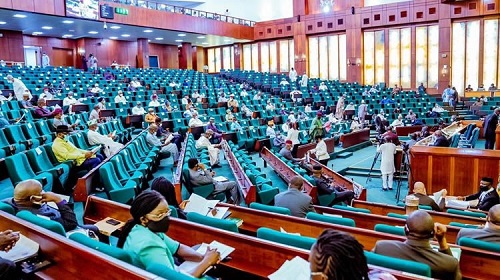 At the plenary on Tuesday, the House especially urged the Federal Ministry of Finance, Budget and National Planning to give further considerations to education in the subsequent budgetary allocations in other to attain the UNESCO projection by 2030;

The committees are to report back within four weeks for further legislative action.

These resolutions were sequel to a motion moved by Ganiyu Johnson, titled ‘Urgent Need to Address the Falling Standard of Education in Nigeria.’

Johnson, while presenting the motion reeled out national and global statistics showing how poorly Nigeria has performed regarding education.

According to the lawmaker, the country’s education system has been on a steady decline within the last decade, with the issues ranging from influx of illegal institutions of learning as well as unqualified teachers in the system to poor funding, overcrowding and plethora of decaying infrastructure in schools.

He partly said, “The House is concerned that the adverse effects of falling standard of education to a nation is very grave, and the fall in educational standard in Nigeria implies a continued decline in its level of economic growth.

“The House is also concerned that with the current population of about 200 million, 45 per cent of which are below 15 years, there is high demand for learning opportunities translating into increased enrolment which has created challenges in ensuring quality education since resources are spread more thinly.

“The House is worried that the burden on education in Nigeria has become even more overwhelming, resulting in more than 100 pupils to one teacher as against the UNESCO benchmark of 35 pupils per teacher, culminating in students learning under trees for lack of classrooms and other harsh conditions;

“The House is cognisant that if no urgent action is taken, the problem will gravely affect the young and future generations as well as stifle economic and social developmental prospects of the country.”