No Work, No Pay: FG Takes Strong Action Against Striking ASUU Lecturers, Others 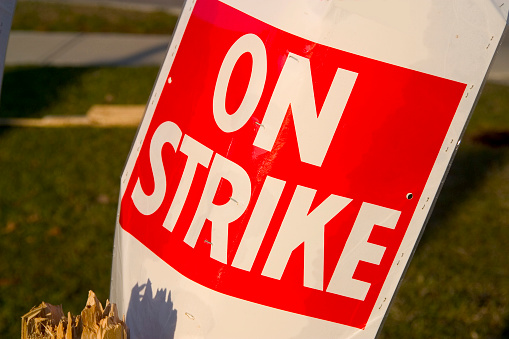 There are indications that the federal government may have implemented a ‘no work, no pay’ policy to tackle the prolonged strike action by members of the Academic Staff Union of Universities (ASUU). Vanguard reports that the decision of the government at the national level followed several notices and letters sent in by the striking body that has been joined by other university-based unions including the Joint Action Committee (JAC) which comprises the Non-Academic Staff Union of Allied and Educational Institution (NASU) and the Senior Staff Association of Nigerian Universities (SSANU).

Sources that spoke on the matter said that the Nigerian government invoked the policy in March 2022. The president of NAAT, Ibeji Nwokoma who confirmed the situation said that members of his union were not paid their full March salaries.

The Punch reports that Nwokoma also accused the FG of ignoring all the notices and letters sent with the hope of addressing some of the issues faced by the union. According to Nwokoma, instead of the Nigerian government inviting the striking workers to dialogue on the matter, it went ahead to implement its ‘no work, no pay’ policy. He further noted that members of the union would not be deterred in their quest to seek a better learning environment for both staff and students.

His words: “As of today, we have entered the fifth week of our warning strike, the first two weeks and then we rolled over for four weeks.

Governors of states across Nigeria had been urged to ensure they keep students in the school despite the ongoing strike action by the Academic Staff Union of Universities. The call was made by the leadership of the National Association of Nigerian Students (NANS) on Monday, April 25. According to NANS, the Lagos state governor has continued to show that students can have uninterrupted academic sessions irrespective of the decision of ASUU.

The nation’s educational body, ASUU members had threatened to take their demands to another level by taking to the street. In a recent interview with Legit.ng, NANS president, Comrade Sunday Asefon disclosed plans are underway by the union to meet with governors and other important stakeholders. Meanwhile, the federal government had insisted that UTAS, having failed the required tests, was unfit to be used as a payment platform.