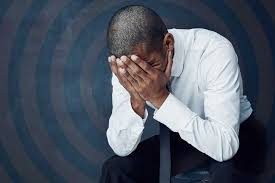 What’s your view about making mistakes, and how does it define a young person’s journey?

There are two types of mistakes. There are lethal ones, and there are less lethal ones. We need to talk about the two because they’re both important. And the reason I’m saying this is that while we are young, we must be careful where we tread because some mistakes are easy to bounce back from but some will take you longer. But there are no mistakes whatsoever that we cannot recover from. Let me first start by saying that there is no mistake big enough for you to be judged by God without being loved. God will love you.  God will love you past your errors, God will love you past your mistake.

I think sometimes we’re so full of ourselves.  I think we have pride; that pride of thinking, “my mistake is greater than grace”. Your mistake is so small compared to what Christ has done. The Bible says, “While you were yet sinners, Christ died for you”. How much more than now you are now a child of God? So, when you were really on the other side, God did everything to get you back. So, as a child of God.  Your mistakes don’t define your relationship with God, God will love you, and God will stay with you. But you see, there are physical consequences of some mistakes, that we must pay attention to.

Some of the folks that we were together, stepped into murder cases when we were younger. Some of them were arrested and sent to jail forever. They can become Christians and give their life to Christ, the spiritual consequences are gone, but the physical consequences remain. Your salvation doesn’t get you out of jail. That’s why I said some mistakes are lethal, some are less lethal. Because one of the things I always believe when I go through life is balance, the balance of perspective on every subject matter and all that. As a young lady, I want to beseech you, if you’re struggling with your sexuality, try to speak with somebody and seek help, because if you don’t, if you get pregnant at that stage, and then you give birth to twins, the spiritual consequence is gone, God has forgiven you. But imagine you are in JSS 2 or JSS 3, you have to deal with those kids all your life, because now and then, as you’re making progress, you have to deal with the physical consequences of those mistakes or those errors.

These are the balanced perspective, that every time I talk to younger people, I always say to them. A lady was brought to meet me, she’s in JSS 2, and she’s already smoking Indian hemp. Her brother brought her to come to see me, she’s sleeping with about four boys. We sat down and the brother said, everybody had tried speaking to her, but she would not listen. I said to him, “Bring her, she will listen to me”.  He said, “Pastor, Omoyen baje gan” (meaning, the girl is very bad). She came, and I said, “Everybody should excuse me and her”. And we talked and gisted. I took her through life, my own story and everything like that, and where I am. And I began to talk to her about the physical consequences of things and spiritual consequences. The spiritual consequences, when you give your life to Christ, you have done away with that, but the physical consequences are dangerous.

I spoke to her about sexually transmitted diseases (STDs). I said, look, you are sleeping with almost four boys, and your brother has caught you, while you will be forgiven forever, I said, but you may start dealing with things that are not necessarily at a tender age; HIV and other things. If you are smoking now, those things might affect your lungs, those are physical consequences of your error. I poured love, I spoke to her, and I gave her money.

Three weeks later, her brother came to meet me. He said “Daddy, what did you do to my sister? She is born again. She is a different girl.” People need love, there is no one so young for that because she’s your younger sister, you treat her like she’s a dummy. She can understand when you speak reason, what I did was I showered her love, and I showed her reason, I showed her the trajectory of the path she was on.  Everyone has a path, that is the location it will land you. I told her, see, “this part you’re on, this is the location, it will land you”. “But you can change the path now, early now, and then land in a different forever”.

So, there are mistakes that are lethal and there are those that are less lethal, some errors don’t go far.  If anybody is struggling with anything, it is good you seek help early.  Especially if it’s sexuality because those things can put some things in your body, that even after salvation, you might still be dealing with, and start believing God for healing of your body, because of some of those things, those lifestyles.

The balance of this conversation is the fact that God will love you till eternity. But there is a physical side to our mistakes. Some of the folks who I know are in jail now, some for almost 15, 20 years, born again in jail, because there are certain things, they did that the law has not released them, I prayed for them to be released. We must understand those two conversations, there is a spiritual side, but there is also a physical side.