TAKING RESPONSIBILITIES FOR YOUR LIFE: Silent Generals with Pastor Muyiwa 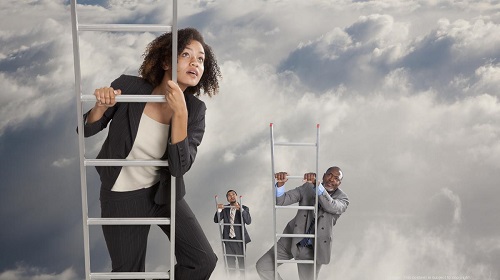 Should young people blame their families for the outcomes in their lives? Did your kind of family affect you in any way? Did it contribute to your person, negatively or positively?

When I was young, I was shipped off to live with my grandmother, who was a Muslim. And when I look at my other siblings that stayed with my parents; who lived in the Christian confines of my dad and my mom, I found out that they did turn out a bit differently from me, a bit different from how I turned out. My younger brother’s life was very different from mine; He was that boy that loved God, served God, and served several ministers of God, and he is pastoring somewhere in South Africa now. The same father, the same mother, but the differences in the environment affected us. And because for me, I was shipped off out of that protective Christian environment where values were inculcated. Not just inculcated but instilled. My grandmother was never at home because she was a contractor and she was quite busy, so, she goes to a lot of places, and then when she couldn’t handle me being at home alone, she took me to a boarding primary school. So that I don’t stay alone all day, she took me to a place where some other people can be responsible for me. And I think that played a major role in me losing it completely. Because at that instance, it was now seniors that became my inspiration.

I feel that while we are speaking to younger people, we should also know that young people will become older someday, and let them know that paying attention to the family also matters. So that’s the balance of what I’m trying to also bring out, that we shouldn’t neglect the home because it can affect it greatly. So, I wouldn’t say it’s my parents that caused it but because I was exposed to some influences outside of my parents.

If the only influence I was exposed to was my parents, I probably would have turned out like my other siblings. All my other siblings sincerely turned out very well. They serve God, they love God. I was the only one who was being shipped out of that environment. So, at a certain age, it then becomes irresponsibility to keep saying “it was because of this, it was because of that” because we have come to the age of responsibility, to take hold of our lives and make something out of it. If I was still there, blaming my parents, I probably might not have taken my life into my hands and shaped it the way it is.

I remember my dad one day before he passed on, he looked at me and said “It’s amazing what you have done with your life.  So, even he recognized that the person I later became wasn’t him. He knew he wasn’t the one that made me that. He knew he wasn’t the one that contributed that part to my life. So, he said, “It’s amazing what you have been able to do with your life. I’m so happy and impressed.” But if I was still there saying “because my dad didn’t do this, because my mom sent me there, that’s why my life is going like this, I probably wouldn’t have self-developed. So, like I said, maybe when people are younger, they tend to think like that, but it’s not true. If you keep thinking like that at a certain age, it has become irresponsible.

Flickers of Hope is a Non-Governmental Organization with a primary focus on Education. We aim to educate, mentor, empower and equip young people, as beacons of hope for the nation.
Post Views: 221