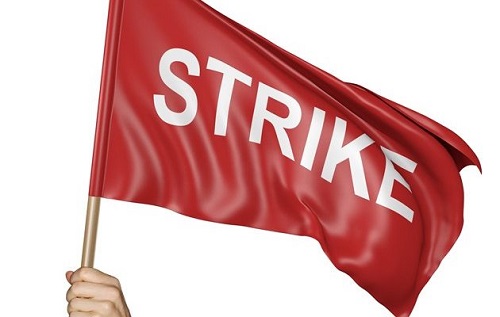 NON-Academic Staff Union of Educational and Associated Institutions, NASU, Monday, commenced a three day nationwide protest to press it upon the federal government to include non teaching staff in primary and post primary schools in the Harmonised Retirement Age for Teachers in Nigeria Bill (2021).

The Bill is expected to be transmitted to the National Assembly for enactment into law. The federal government had excluded non teaching staff in a planned legislation to extend the retirement age of teachers to 65 years and the years of service to 40 years from the current 35 years as well as special salary scale and enhanced allowances.

Recall that President Muhammadu Buhari during the Teachers Day in 2020 announced the new incentives for teachers in public basic and secondary schools in Nigeria. Addressing a protest at the National Assembly complex Abuja, Monday, the NASU FCT council chairman, Adebola Bamidele, said since the announcement by President Buhari the non teaching staff have been pushing for their inclusion in the new condition of service. According to him, “But it appears the federal government has forgotten us. We have been making efforts to see that the President also includes non teaching staff. But now a Bill is about to be passed to the National Assembly for consideration and that is why we considered that we have to come out and make our demands known to the federal government and National Assembly.

“Already, a letter has been sent by the leadership of NASU to the National Assembly and the Ministers. So, we are only here to hold this rally as sensitization.” He said non teaching staff deserve to be included in the new condition of service as they are the engine room in schools. He further said that the federal government should include the Non-Teaching staff in the approved Special Teacher Pension Scheme to guarantee better welfare for them in retirement and also extend their retirement age to 65 years and length of service to 40 years.

He said, “The Non Teaching staff in the Basic and Post Primary Schools possess requisite certificates and complement the teaching staff. Therefore, our interest should be accommodated by Government in the ongoing reform.” The Union urged the federal and state governments to put an end to what it described as all discriminatory industrial relations practices against the Non-Teaching staff in the primary and post primary schools system.

On his part, chairman of NASU branch, FCT Universal Basic Education Board, Andrew Zakaria, said, “We see the step as divisive, discrimatory and unhealthy for the system because we work in the same environment. We are the ones that compliment what the teachers do. “We have leave for only 30 days in one year. Our colleagues in the teaching sector always have holidays, we don’t have that. We just demand that the government should please before they send that Bill to the NASS, include the non teaching staff in that welfare package of 40 years and 65 years retirement age.”