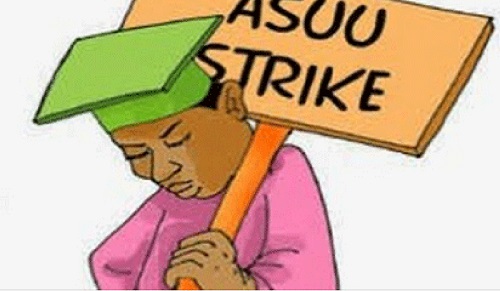 The Academic Staff Union of Universities, ASUU, has explained why it extended its ongoing strike by eight weeks.

ASUU on Monday extended the strike which began on February 14th for another eight weeks after its National Executive Council meeting on Sunday night.

President of the union, Emmanuel Osodeke, in a statement said the strike was extended because the Federal Government failed to satisfactorily address all the issues raised in the 2020 FGN/ASUU Memorandum of Action within the four-week warning strike.

“However, ASUU, as a union of intellectuals, has historic obligations to make governments honour agreements.

“NEC, having taken reports on the engagements of the Trustees and Principal Officers with the Government, concluded that Government had failed to satisfactorily address all the issues raised in the 2020 FGN/ASUU Memorandum of Action within the 4-week roll-over strike period and resolved that the strike be rolled over for another eight weeks to give Government more time to address all the issues in concrete terms so that our students will resume as soon as possible.”

He announced that the roll-over strike will begin on Monday, 14th March 2022 for the next eight weeks.