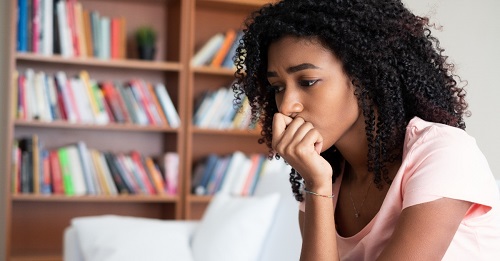 As a young person, you mentioned something which I also believe is one of the defining moments in your life- Your father told you, nobody has ever gone past this stage in your family, and I am looking to you to break the jinx, right? And as for you, that became a goal, that became a dream and you started unconsciously trying to cross that hurdle in the family making sure that it’s not a thing anymore. So, what are the other defining moments in your life, as a young person, that you can say, this happened and completely shifted me as a person?

Well, my dad said no one in my family ever went past secondary school, but I never saw it as a defining moment, because I didn’t take it seriously. I just said, “it’s a secondary school, I will graduate.” I think I was going into JSS 1, and I was writing common entrance.” I was rolling with friends who were already going to go to the university, so, we didn’t feel like it was anything strange. I didn’t see it as an important thing. Everyone used to talk about it in my family, but I said, “what are they talking about? Is it not just to go to the University of Jos or go to Ahmadu Bello University?” I didn’t think it was a big deal. I’m like, I will clear the JAMB. I use to just say it casually, but I never took it seriously.

I think the most defining moment in my life was when I lost my dad when I was sixteen. And so, it just dawned on me at that time that this has now become something that I would have to struggle to get because all my life, my dad had to struggle to ensure that we get the things that we had. And so, taking him out of the picture just meant at that time that I had to be the one to do all these things myself. So, it was a defining moment, it was like a scale fell off my eyes.

It was a defining moment for me because I started thinking deeply about my life and my brothers. Really thinking deeply, because before then, it was just okay, we will get by. But that was when I said to myself, “I don’t care what happens, as long as is legit, I will do whatever it takes to get there.” I knew somebody that was studying Animals and Fishery at the time, and I used to joke and say, “even if it means going to study Animals and Fishery, I wouldn’t mind, I didn’t know what it meant but I am going to just get to that University and come out.” That was when I picked up that vision of my dad. So, that was no longer a family vision, it became my vision, it became my ambition to ensure I made that happen.

People said to my mum, oh! Raquel’s brothers have dropped out of school because we can’t afford to pay their school fees, maybe we should marry Raquel off so that whoever marries her can take responsibility for her younger brothers.” It was a grand idea because I would love to do that for them, sacrifice for them to go to school. But I remember my dad said to me that if I get an education, it would break the circle of poverty in our family. So, I told myself, “If I marry now, my brothers might still not end up going to school. And what if I don’t go to school, I won’t break that cycle, and my goal was to break that circle of poverty that my father was talking about.” So, even though I loved my brothers, I didn’t think I could sacrifice that vision I had, for them. I didn’t think I wanted to do that. I felt like I could do more if I had an education and so I refused to get married.

And that was another defining moment for me when I had to make a decision to either stay here and get married or run away. I was talking to my friend Helen and I keep saying I have to go, and she kept saying, “No! you don’t have to. You know your mum is too heartbroken” I replied, “I have to go. If I don’t run away, they are going to marry me off and I can’t say no to my mom. My mom is widowed, she is hurt, she is broke, I won’t be able to face her to say no. So, I rather not see her eye to eye. I rather just disappear so that she doesn’t see me at all.”

So, I took that step which was not a good thing. Like I always say to teenagers and young people who are caught between the wall and the hard place, that you know, there are other things you could do. There are other ways, I could have gone to church; my pastor was very liberal. I would have gone to a family member, I would have gone to older people who my mom would listen to, and they could have probably helped my family but I didn’t find another alternative. It was one of the most difficult decisions that I had ever made in my life. Those were two of the defining moments for me.

What is your view about mistakes?  And how does it define a young person’s journey? You’ve made a mistake, you messed up at some point. It just looks as if you are just stuck, how do you get out of it, how are you able to move on from that point?

One of my mentors, like she always says to me, “mistakes make us.” I am like, why should I make the mistakes?  People already make them; can’t I just learn from them?” Of course, nobody ever walks life without making their own mistakes. Yes! You learn from other people but you have to make your own mistake, it might not be deliberate, but there are sometimes when you have to try something. Even if you failed, you will accept the fact that you have failed and moved on.

When I was younger, I use to say that running away from home was a huge mistake because when I ended up on the street, I didn’t like it, it wasn’t comfortable, it was very difficult to feed, to care for myself. It was very difficult for me, so it was a huge mistake. Sometimes when you now grow up, you realize that mistakes actually could be what made you better, and the lessons that I learned on the streets, you can’t take that away from me. When I was brought up, I was a bit shielded, my father didn’t want us to interact with barracks kids. But when I was on the street, I had to learn fast. I am a fast learner so it was easy for me to pick up on the street. That could have been said to be a mistake but I see it as a detour that led me here, to this very moment.

Even though I knew leaving home was a bad idea, I told myself that I was going to be on the street, and I am going to be a good street girl.” Even though I didn’t know what that meant. While I lived on the street, I was a good girl. It wasn’t long, people started calling me Jesus’ girl” on the street and I realized that, “I think I am doing something great here.” Even though being here is wrong, I am not supposed to be here, but I knew that I was going to make the best of it; like devotions when I was on the street with commercial sex workers, drug addicts, yahoo boys, I did devotion with them because I always make sure that, that thing that I think I’ve made a mistake on is now something better for me.

And I dwelled on that mistake for so long, because a few years after, I attempted suicide but I didn’t even know that I was depressed. So, few years after, I realized I hadn’t dealt with it, and I had to. I said, “you have made a mistake, you are out on the streets, you are fine now, you are okay now, you are about to go to University, you can’t take your life right now.” I had to quickly deal with it. So, I am glad that it didn’t linger for too long because it would have been a different story entirely. Sometimes, the mistakes that we make, if we don’t deal with it very quickly, and learn our lessons and just move on, we might carry the anger and everything that we have done and say God can’t forgive me and stuffs like that.”

So, it doesn’t matter the mistake; whether that you slept with someone, you had an abortion, or you left your home, whatever it is that you have done, there is nothing that God cannot forgive, just learn from that lesson. And say, what I can do going forward that would make me a better person? how can I use this whole mess to make something glorious out of it, how can I use it to teach other people? Now I can hacks-give you five steps to leaving the street. I can even do that right now because I have learned the template.

Instead of dwelling on your mistakes as a young person, even as an older person, because people make mistakes even in their old age, learn from it, find out what can I learn from this experience, what can you teach others from this experience. As long as Jesus has forgiven you, that mistake doesn’t exist. Just learn from it and move on. That’s what I did, if I didn’t move on very quickly, maybe I would have attempted a second suicide, it would have been a suicide not attempted.