THE POWER OF WORDS: A MAJOR TOOL IN INFLUENCING THE NEXT GENERATION 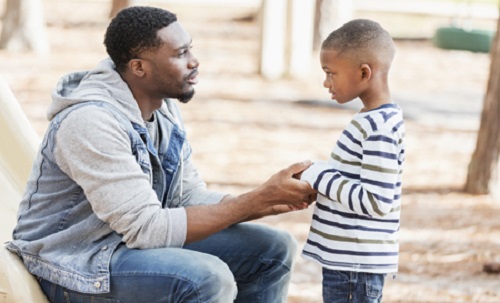 While growing up, there was regular phrase used for my siblings and I especially when one of us was about to embark on a long journey, perhaps to school or a different location, where interaction with other people will be required, “remember the home you are coming from.” And I am sure this phrase is being used in several other homes. This is to say that there is a way you have been brought up. There is a way you have been trained and if you follow it, it will guide you in relating with others. It will keep you on the right track to the end that, asides living peacefully with those around you, you can be singled out as a good example with proper upbringing. Those words “remember the home you are coming from” will readily ring in one’s mind in the face of tough decisions.

Now, it is not uncommon to see children for example, in the school setting behave in certain manners that can be tagged as ‘unbecoming” and the question we may want to ask is that, what home is this child coming from? Who trained this child? Where did he/she learn that? Negative peer pressure and external influences are real and can alter the behavior of a child but there is a place of good parenting and guidance. Research has it that even in high-crime inner-city neighborhoods, well over 90 percent of children from safe, stable homes do not become delinquents. By contrast only 10 percent of children from unsafe, unstable homes in these neighborhoods avoid crime. (Marripedia). This shows the place of the home firstly in raising a morally upright adult even in the midst of negative influences.

Charity they say, begins at home. This means that there are certain moral values, certain character traits that being in the confines of a home setting should teach, instill and get established in a child. Modelling good morals and character is one thing but we cannot overrule the power of words. The use of the mouth is a major player in the upbringing of every child; in giving instructions, guidance, corrections, encouraging and instituting important life values.

The society is made up of several small units called the family structure where the parents are main actors. Once these units take their place and become operational, the society will then thrive and move towards the right direction. Before we begin to tackle issues of adults from broken homes, many unruly adults who have become nuisance to the society also came from homes where though both parents were alive and well, certain trainings were neglected or not continuously and well-rooted. Many killings, kidnappings, corruption and all evils done in the society today is deep-rooted in a wrong or no value system, where there is no restraining voice or cautintera tionion.

Parenting is the process of raising and educating a child from birth or before until adulthood (Self Growth, 2012). The position as a parent/guardian therefore gives room for interaction unhindered with every child under your care. It is a rare opportunity and must be utilized. This is an all-important and strategic positioning to influencing a person’s life for the best. Failure to do this will have resultant negative effect on the child, the family, immediate environment and ultimately the society. A child not guided aright by words may fall into many errors, some which may be fatal.

About 85% of what school teachers do is influence the children by teaching through continuous speaking.  So, parents can do much more. The few years of a child or young adult under the custody of a parent or guardian should be a period of learning, unlearning and relearning. Asides, corrective measures when necessary, right instructions should be given to a child in the right direction. Once they know this is the right way to go, talk or act, it may take a lot to depart from this deep-rooted consciousness despite external pressures.

Who said it’s going to be an easy job because often for older teens or young adults, your consistent voice may begin to sound like an annoying dripping tap but it’s a chance we must take. Most often than not, many young people will definitely look back and be grateful for the words spoken over them even when they were adamant. Our voice carries the power to influence and influence we must. Their future depends on it and the nation depends on it. We must keep speaking until we see desired results.

Though catching children young is a better option but it never too late to quit from our busy schedules, or nonchalance maybe and really do the work of parenting in raising a generation that holds in high esteem essential values, won’t compromise these values for immediate pleasure and can also pass it on to their children also. As much as preparing a child for the future is important, can we take hold of their today by our words? Their establishment today will determine their tomorrow. Engage the use of your voice well to influence, guide and correct them, it is non-negotiable. Let your voice of restraint ring whenever they are lured in the wrong direction.