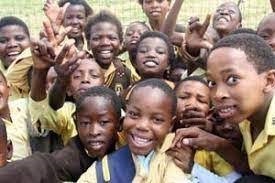 The Lagos State Education Commissioner, Mrs. Folasade Adefisayo has counselled parents not to rush their wards to secondary school without completing six years of primary education stipulated by the National Policy on Education (NPE).

Speaking during an interactive session with educators and visitors at the 2021 Total School Support Exhibition (TOSSE) held at the Ten Degrees event centre, Oregun, last Friday, the commissioner also cautioned secondary schools against accepting children that do not complete primary six.

Responding to question about the culture of rushing children off to secondary school from primary four or five, Mrs. Adefisayo said: “As principal of a secondary school, I never admitted a child without primary six report card.  But I want to appeal to secondary schools too especially private secondary schools stop taking underage children because it even undermines your school because it takes them long to settle down, they don’t really. They may be brilliant but I have hardly seen anyone who kept it up till SS3 because they are so young.”

Continuing, she said schools should counsel parents on the danger of admitting an eight- or nine-year-old in secondary school.

“Schools have to let parents know if a child comes in at eight, he is going to be like 13 or 14 in SS3. Do you really want a fourteen-year-old in the university? A child who cannot make decisions in a free environment free for all where you know the people there are much older than them you don’t want your 13, 14 years old in an environment of 20-year-old who in turn will force them to do things they do not want to do.  So, I think it is a campaign that we all have to work on together. We are working on that to bring back Primary six.”

When asked if the government may consider sanctions against schools that admit underage children in an interview, Mrs. Adefisayo said: “We are going to look at that …  to sanction them because the national policy on education is clear on it that children from so-so age to so-so age should be in primary school.”

Speaking on the various reforms initiated by the Babajide Olusola Sanwo-Olu-administration the Commissioner said there had been improvement of schools’ infrastructure, teacher training, curriculum review and the integration of technology in teaching and learning.

She spoke of the government’s plan to build technological eco-friendly schools, saying that the pilot had started at Vetland Junior School, Agege.

On the schools’ appeal that the government reduce the cost of material testing from N100,000, and consolidate taxes to check multiple taxation, Mrs. Adefisayo said the Office of Education Quality Assurance would discuss the review with relevant government agencies.

In her remarks, the Permanent Secretary, Ministry of Education, Mrs. Abosede Adelaja urged all stakeholders to join hands to support government in it is a collective responsibility of the citizenry and stakeholders to sensitise parents on how to discourage street hawking and child abuse.

The commissioner was supported by directors and heads of agencies, units and commissions under the ministry of education in addressing the various issues raised school administration, multiple taxation, quality assurance, school approval requirements, among others.

Flickers of Hope is a Non-Governmental Organization with a primary focus on Education. We aim to educate, mentor, empower and equip young people, as beacons of hope for the nation.
Post Views: 574