Schools begin temporary shut down as #EndSARS protesters get bolder 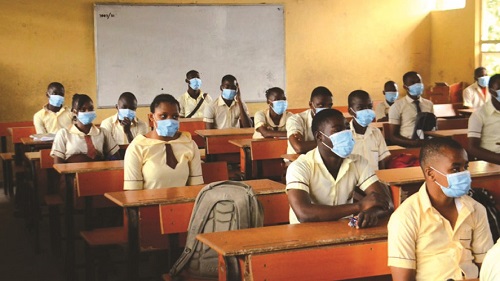 Some private schools in Nigeria are temporarily shutting down academic activities, asking pupils, particularly day students to stay at home as the protest against police brutality seems not stopping immediately.

The EndSARS protesters, mostly youths who defy religious, regional, and ethnic divide are getting audaciously bold by day as they increasingly push for a reformed Police Force, while the Federal Government wants the protest stopped.

A message from a private school on Sunday night to parents reads: “Dear esteemed parents, please, be informed that the school will not open tomorrow Monday, October 19, as a result of the ongoing protest which continues tomorrow. Please, bear with us, the safety of the lives of our kids is paramount”.

Another private school also said on Sunday night: Dear Parent, the school is watching events keenly and it is obvious that it is not safe to have our day students on the road tomorrow. To this end, students are to stay at home. The school will organize online lessons for the students. Thank you for your understanding”.

The agitation has continued across many states, demands are on the table, businesses suffering but no one knows when the protest will stop.

“I think the Government has not understood the slogan. The slogan is EndSARS but the people want a change in a relationship with the government, ” said Seun Anikulapo Kuti, afro musician, and activist said on Sunday during Channels TV programme “Politics Today.

Seun, who is also the son of the legendary musician, Fela Anikulapo Kuti noted that a police force that harasses the young man on the streets for just ‘looking good’, but the same police still go about guiding a 419ner, such police force needs reform.

The Nigerian Army has indicated its readiness to commence “Operation Crocodile Smile 6” across major cities in the country.

Ahmed Jibrin, special adviser, technology, to Nigeria’s Defence Minister said during the same TV programme that the commencement of the operation by the Army is in line with its yearly activities. “This year’s exercise will focus on cybersecurity.
“It is not a new thing and it is not because of the protests. Citizens have the right to protest,” he said.

“If you look at what has happened lately, it is beyond party,” said Governor of Nasarawa State, Abdullahi Sule.

Despite the EndSARS protest against police brutality, the Nigerian Police said the officers of the new tactical team SWAT which replaces SARS will commence training tomorrow on October 19