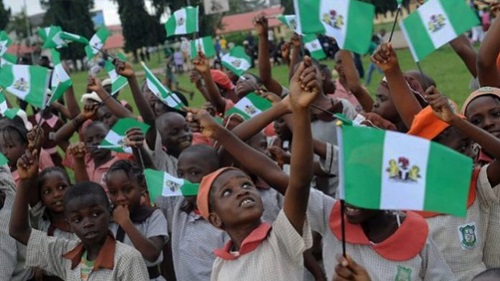 As Nigeria joins the rest of the world to celebrate children, stakeholders have appealed to government to address issues of insecurity in the north and bridge learning gaps among school children in the zone.

Since February 2014, northern Nigeria has experienced at least 10 high-profile attacks on secondary schools.

More than 1000 school children have been victims of mass abductions by armed groups. While some of these students have been released, a significant number remain in captivity. Boko Haram has continued to attack schools, abducting students and using them as suicide bombers or marrying off girls as brides to their soldiers.

Attacks on school children have many implications — for students themselves, along with their families and the country at large. Insecurity focused on centres of learning fuels parents’ unwillingness to send their wards to school, thereby advancing Boko Haram’s goal of preventing western education.

A recent report revealed that over 600 schools in six states in the north have been shut down due to widespread insecurity. Compounding the situation, children without education can be especially vulnerable to recruitment by bandits. The wave of insecurity in northern Nigeria is, therefore, creating a generation of children whose education has been permanently retarded.

The shortage of education could also lead to skills gap in the workforce; reducing youths’ ability to catalyse sorely needed economic development.

To improve the situation, stakeholders said the country must intensify the Safe Schools Initiative (SSI) established in 2014 in response to Chibok abduction. Although armed groups have proliferated since its launch, the initiative can be tweaked to meet current realities. Without decisive actions, they warned that abductions and instability they cause would continue to plague Nigeria, holding back the future of children and the country they would inherit.

No one was arrested or prosecuted for abduction of school children from Chibok and other locations. This has led to escalation of attacks on schools, forcing closure and leaving parents in despair.

An educationist, Dr Ibrahim Dansa, said the government should provide adequate security to schools to assure children of safety when they attend school.

He also insisted that the government should demonstrate commitment to protecting the right to education by investigating these attacks and holding those responsible accountable.

Some parents had insisted that  their wards would not return to school because they did not believe the government could guarantee their protection.

“The schools are not safe. The government is not trustworthy and we do not believe them when they said they would protect our children,” a parent said.

“Some of our children were about writing exams but could not continue because schools are closed, yet the government is not doing enough to ensure that students return to school,” Dansa stated.

For Adamu Ahmed, a teacher in Nasarawa, the forceful closure of schools across the north had increased cases of child marriages and early pregnancies of school-age girls.

For instance, Fatima, a 16-year-old schoolgirl in Kano, said since most of her friends were kidnapped in school, her parents decided to give her out in marriage to guarantee her safety.

Ahmed said there must be a plan to ensure that children could return to safe classrooms. He tasked the Federal Government to restore security and provide psycho-social support to victims of abductions and their families to enable them to heal from trauma and re-integrate into society.

Ahmed said: “It is the responsibility of the government to ensure that no child is left behind. Education is a human right and the government must ensure that all children have access to basic education in an environment free from violence and threats of attacks.”

Dr Binta Tanko, a school owner in Kano, said the government must show its commitment towards ensuring the safe return of children still in captivity, including the remaining over 100 Chibok girls, Leah Sharibu; the only Dapchi schoolgirl still in Boko Haram captivity – and other victims.

Tanko warned that the 13.5 million out-of-school children could double if adequate steps are not taken to stop school abductions.

“There is an urgent need to take a leap to bring more children into education and into learning. Partnership and collective actions are essential,” she said.

Tanko lamented that children in the north-east zone are being robbed of their rights to education, an essential ingredient for their future and for the development of the region, which, for years, had lagged in education and development.

She warned that without urgent actions to address the lack of access to education occasioned by attacks and kidnapping, lives of these children could become locked in unending cycles of underachievement and poverty.

For Prof. Nasir Wakil of University of Maiduguri, said while reconstruction of infrastructure is underway, ensuring that the children recover from the trauma requires a more careful and all-encompassing strategy.

With restricted access, Prof. Wakil noted that the crisis had made achievement of Sustainable Development Goal (SDG) 4 on education for all more difficult to achieve.

Director of Education and Governance Research, Centre for the Study of the Economies of Africa, Adedeji Adeniran, said policymakers, school leaders and communities must come together to reverse the current education dynamics to avoid collapse.

He pointed out that preventing more kidnappings of school children should be the priority of the government and education managers to rebuild parents and children’s confidence in the safety of schools.

Besides, he stated that efforts must be made to ensure that children who fall victim to kidnapping mentally recover from their trauma. He said: “A re-evaluation and revamping of the Safe Schools Initiative is imperative at this time.

“While evidence of SSI’s success is lacking, this should not automatically lead to a disregard of its main principles. A reevaluation of its strong points, including its emphasis on the training of school staff to deal with emergencies and a focused extension of the initiative beyond the original scope for only Boko Haram attacked states should be examined.

“More importantly, schools are only safe so far as the larger society is safe. Policymakers, school leaders and communities must come together to reverse the current economic and education dynamics to avoid a catastrophic collapse.”

Flickers of Hope is a Non-Governmental Organization with a primary focus on Education. We aim to educate, mentor, empower and equip young people, as beacons of hope for the nation.
Post Views: 443