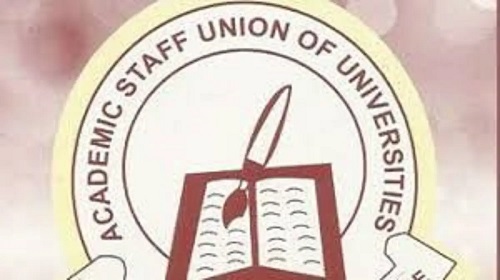 A group, National Association of University Students, NAUS, has given the Federal Government, FG, 48hours to finalize all agreements with the Academic Staff Union of Universities, ASUU, in order to stop the ongoing strike action.

The group further warned that failure of the federal government to complete settlements with ASUU, it would proceed to carry-out nationwide protests which would destabilize economic activities and all political activities in the country.

Speaking during a press briefing with journalists in Abuja, the National President of NAUS, Comrade Mujaheed Shuaibu stated that the federal government must ensure that it meets all demands made by ASUU in order to completely eject strike actions from the academic activities in Nigeria.

Shuaibu asserted that the strike action has caused inconsistency in scholarship opportunities, research grants, and learning output which they claimed is soiling the image of the nation before the international community.

Shauibu stated: “It is very disheartening to note that the Academic Staff Union of University has gone on strike for half a decade since 1999. The consequences of this development are grave on the part of the students who are the victims of these incessant industrial actions embarked upon by ASUU as a result of labour disagreement with the Federal Government.

“The resultant effect of these incessant strike is inconsistency in scholarship opportunities, research grants, & learning output. At the end of every strike action, ASUU members get their salary, government officials & politicians get paid, Cabinet ministers in charge of Education, Labor & Employment also get paid off their allowances after meetings with ASUU, but the students get nothing than the inability to get mobilized for National Youth Service Corps as a result of age limitation scope.

“It is more worrisome that most of the industrial actions could have been avoided if the government has fulfilled the agreements freely entered with ASUU over the years.. Nigeria public universities is in a state of comatose and has taken a downward slope in recent years and there is an urgent need to fix the system.

“Many Students no longer trust the system of our tertiary institutions as a result of the incessant strike menace and infrastructural neglect for the federal government.

“These developments account for the high level of migration of Nigerian Students to abroad in search of stable and qualitative education. It is obvious and a fact that many of our students that were trapped in war ravaged Ukraine as a result of the strike menace in our varsities and lack of adequate learning infrastructural development.

“The Federal Government must as a matter of urgency honour every agreement freely entered to with ASUU and renegotiate areas of priorities that need renegotiation with ASUU. We are calling on ASUU to be open minded, more progressive and realistic in their agitations.

“Federal Government must do all it takes to make ASUU demands so as to suspend it’s strike and return to the classroom immediately to ensure continuity in our academic calendar. Federal Government should also consider more funding in revitalizing public universities in Nigeria so as to accommodate our growing population and the emerging and practical needs of this century.

“We also demand inclusiveness of student’s union leaders in the negotiations meetings so as to have firsthand information. If our positions are not critically looked into by government and acted upon immediately without any fear or favour, we will resume our own public protest across the country, which will also cause a total shut down of all political events by all political parties across Nigeria including the federal capital territory Abuja, and we shall peacefully protest at motor parks, airports leading into major cities and towns, and also identify some more strategic places and venues that will shut down the economic activities of the country.

“This media briefing should not be seen as a threat to government, but to place a demand that is beneficial to us the students and government at the same time. We hereby call on all our 21million NAUS university student members to get ready for a total showdown as we shall be rallying together on the streets to sign the register of our rights to protest in regards to building a better and much more responsive education sector that should be a breeding oven for quality leadership and citizens.

“On this note, we are urging the government and ASUU to within 48 hours resolve their differences in order to prevent our protest, which may cause disturbance to public and private engagements that would have positive values to our national interest. It may also interest the federal government and ASUU to know that as they both have been keeping us, the students at home, the security of our personal wellbeing is been kept at a very ugly perspective. For the government to avoid a re-occurrence of what we saw during the END SARS saga across Nigeria, we hereby request for an urgent settlement of all ASUU demands made to government, and ASUU should also return to the classrooms while negotiations continue.

“We call on Nigerians and the international community to stand with us to secure both our future, and that of the education sector in Nigeria.”