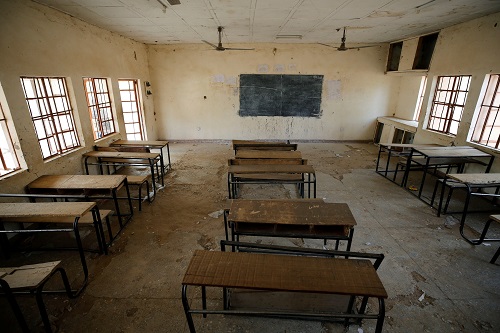 Minister of Finance, Budget and National Planning, Mrs Zainab Ahmed, has warned that with an estimated 13 million children currently out of school in Nigeria which represents 20% of globally, the country now faces the danger of a full education crisis.

She further warned that “we sit in the precipice of a socio-economic disaster, if we do not act in a coordinated manner to stop the current wave of systematic attacks on the fundamental rights of our children to a safe learning environment”.

Speaking at the Financing Safe Schools in Nigeria Programme organised by the Ministry in Abuja on Tuesday, the minister noted that with the spate of kidnappings of students, “parents are increasingly more nervous about sending their children, and particularly their young girls to school, with some choosing to withdraw existing students”.

The Minister who noted that the COVID-19 pandemic and the resulting economic crisis have posed unprecedented challenges globally including Nigeria, however said the government had been been proactive in responding to the pandemic, and has established and implementing the Economic Sustainability Plan (ESP) and other interventions as well increased investments in health and education).

Noting that the pandemic has deepened insecurity across the country and resulted in an alarming spate of school attacks and mass kidnappings, Ahmed said “these actions are a direct attack on our children’s fundamental human rights to “an education without fear of violence or attack”.

She explained hat the Dialogue recognized the need for decisive action and for a coordinated approach to the financing and implementation of an integrated Safe Schools programme across the country, which the government is leading and tailored to the current realities on ground.

“Our citizens are looking to us to lead the way, and we must heed the call to action, and we must all work together to realize the promise of Safe School environments”, she said.

The minister recalled that in 2014, following the abduction of over 200 girls by Boko Haram from a secondary school in Chibok in the Nigerian government alongside the then United National Special Envoy for Global Education, Mr. Gordon Brown, and several development partners and private sector stakeholders launched the Safe Schools Initiative.”

According to her, the programme which was initially implemented in Adamawa, Borno, and Yobe State, generally was aimed facilitating the transfer of students from high risk areas to safe schools; provide education in IDP camps and other affected communities; ensure the rehabilitation of school security infrastructure, while also implementing community-driven security processes, adding that a national Safe Schools Fund was established in 2015 to aggregate funding from the Federal government, private sector and donor communities.

Ahmed said, “It goes without saying that financing is critical to the successful implementation of any proposed interventions that come out of today’s Dialogue. We in Government recognize that to make the critical investments necessary to sustainability secure our schools and ensure a holistic and community-centered approach to Safe Schools programmes, we must address the longstanding challenge of domestic revenue mobilization. This process is already ongoing through the implementation of fiscal reforms, including Finance Acts 2019 and 2020”.

She disclosed that the government was working to develop the second phase of the Strategic Revenue Generation Initiatives (SRGI), a multiagency programme originally launched in 2019, with prioritized initiatives across three Thematic Areas, which include, achieving sustainability in revenue generation; Identifying new and enhancing enforcement of existing revenue streams; and achieving cohesion in the revenue ecosystem (people and tools).

“As part of this initiative, we are also exploring how to make our revenue administration processes more efficient, recognizing resource constraints particularly post COVID-19. Even with the aforementioned efforts, our fiscal space remains constrained with the COVID-19 response having required increased borrowing in Nigeria, as it has in other countries across the Globe.

“It is therefore imperative that we work to collaboratively (across Government, and with the private sector and international development partners) develop funding strategies to drive the creation of safe education environments”, she added.

Earlier in his welcome remarks, the Permanent Secretary, in the Ministry of Finance, Budget, and National Planning, Mr Shehu Aliyu Shinkafi, stated that any threat to schooling must be taken as a threat to the very existence of any nation.

He noted that Nigeria’s education system is facing a challenge partly as a result of historical financing gaps in the sector, given the fast growing and youthful population as almost 44 per cent of Nigeria’s population is between the ages of 0 – 14.

This challenge according to him, “is exacerbated by conflict over the years particularly in the north east of our country resulting in the destruction of several schools. The ongoing COVID-19 pandemic has also made matters worse by increasing learning poverty in the country by about 10 percent, according to recent world bank estimates”.

Among others, the dialogue aims to achieve the following objectives: Re-engage senior policy makers including State Governors, National Security Advisers, the Ministry of Education and others to take a stand, acknowledge the emergency and commit to taking action to reverse the current trend in numbers of out of school children; stakeholders, especially security agencies and human rights organisations to develop cross sectoral strategies to implement the Safe Schools Declaration, including developing strategies with students and teachers to make it safe for children to return to school and build confidence in the education system.

The outcomes of this dialogue will be summarized in a paper with a cross sectoral working group formed to take recommendations and actions forward.