KIDNAPPING AND INSURGENCY IN NIGERIA: A CALL TO ACTION 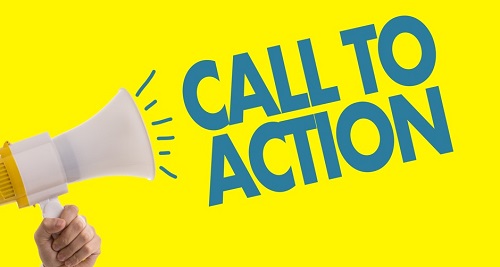 One of the core duties of the government of any nation; both in the ancient days and the modern era regardless of the geopolitical size is the protection of lives and properties either from external enemies, or enemies within the territorial boundaries. The various security agencies are workforces hired by the government to do the job of guaranteeing the safety of the entire nation. While security agents such as the military, Air force and the Navy are specially trained to guard the various territorial boundaries against any form of external attack. The police force and other paramilitaries are trained for internal duties against internal unrest of any kind not beyond their scope of their expertise.

Lately, in Nigeria looking back from 2014 to date, the activities of bandits, kidnappers, herdsmen and a group of jihadists popularly known as Boko Haram seems to have become one among the many lawful jobs in the country. Most of the insurgent acts that seems to be unpronounced, unfamiliar in Nigeria history since her independence are been traded today as if there is a large market demanding or calling for human flesh/parts. Many people seem to have different perspectives to all the uncommon insecurity challenges facing the country lately.

Apart from differences in political interest that is obvious among the states in the country, everything being equal, Nigeria ought to be a peaceful country, but the reverse has been the case since the emergency of this never-ending insecurity issue in the country.

Many people seem to be confused, and many concerned citizens are now asking, who then is responsible, who then is to be blamed? Who should Nigerians hold responsible for the problems of insecurity in Nigeria? Should the military be blamed, or the government, or the police? Or who is the right person to be blamed especially now that the insurgents seem to have united to weed out education completely out of the northern part of the country?  Except in the case of Nigeria and few others nations, it has never been heard in any developed country of the world that frequent kidnapping activities has been launched against schools like we have witnessed in Nigeria since 2014.

Recounting on the several kidnapping of students from schools, especially in the northern part of the country will make anyone to worry and ask, if the bandits are actually wishing that education be abolished in Nigeria particularly in the north? How can a nation have a future without a healthy education? Any attempt to weed out education from a nation is like making attempt to exit the nation from the map of the world.

In April 2014, 276 girls were abducted by Boko Haram from the secondary school in Chibok, in Borneo State. Some of them were later released in batches, while about 100 of the total students abducted from the secondary school in 2014 are still missing till date. In December 2020, more than 300 school boys from a secondary school in Kankar, in north-western Nigeria, were taken and later released. According to the VC of UNIMAID, the school alone had lost about 70 professors to insurgency in the country. In Zamfara, not fewer than 317 girls were abducted by Gunmen from Government Girls Junior Secondary School in Jangebe town, in February 2021. Another one happened at Government Science College Kagara, in Niger State where 24 students, six staff, and eight relatives were abducted, but later released.

Will anyone be wrong to have assumed that kidnapping has been legalized in Nigeria? If it’s not, who then should be blamed for the activities that has rendered many women widows, many children orphans, and many homes fatherless? Should the security agencies be held responsible for neglecting their duties, and not been able to restore Nigeria to a place where people can sleep with both eyes closed, or the government is the one not living up to her responsibility in safeguarding the lives of her citizens?

Everything rises and falls with the head, the leader. If the security agencies in Nigeria are insufficient to discharge their official responsibility, they are not self-imposed workers. Somebody employed them. Each of the employees in the different security agencies is an employee of the government, particularly the Federal Government. Meaning, the government has absolute right to check the effectiveness of the system, and be sure that each agency within the entire security framework stands to expectations, function correctly. No employee of any organization has right to both hire and fire his/herself. Every employee is certainly hired at a point, and due to any reason(s) proven beyond every reasonable doubt he/her is made subject to fire, sack, or disciplinary action as approved by the authority that put him or her in place.

It is the government that hires and enables the workforce within the security framework of a country. But when it becomes obviously impossible for the individuals in the military, police force, and paramilitaries to save the country from the grip of the insurgents or bandits, then, the government herself should employ some relevant measures to restore the country’s security architecture, in order to meet up the expectations of those who entrusted the safety of this noble country to her. No employee should be stronger than the employer. And no employee, within the security architecture of any nation is employed to give excuse but to deliver expected results.

As a matter of urgency, there are a number of measures, or steps that the government of Nigeria can take to quickly engage capable hands with the aim to strengthen the security architecture of Nigeria, and win the security challenges of the country for almost immediately if taken seriously:

It is sad that some things that developed nations will see as a crime against humanity is what developing nations take as a joke. A farmer who is using hoe instead of using sickle to harvest ripe cocoa will not only become unsuccessful but unprogressive. He will just waste all his energy for nothing. Though, he has enough energy to work but he is using a wrong tool for the right job. Same is the case of Nigeria, the recruitment and engagement processes are faulty.

To solve this problem, the government should ensure that necessary policies are put in place. All the officers within the security workforce should be subjected to compulsory screening. Those who are not fit for the job, who lacks ability to function within the security sector should be reposted to areas of their ability so they can become responsible and productive.

The number of people within the security agencies are too few in number to deliver effective and quick result. More men should be employed. Training on new modern security techniques should be conducted for all within the system, both old and new recruits. If the expertise we have in Nigeria is not sufficient for the training, international aids should be contracted to help train our men to modern standard, to face and end these insurgents once and for all.

It is wrong to give a kitchen knife to a man who is running after a lion. It is either the man will be swallowed or killed by the lion, and the knife will be used to share his meat, or the man will have no choice but to wait and hide by a corner for the lion to finish with whatever activity it has come to town to do. Nigerian military men are of the bravest Armed force men you can find around the world. They have vigour. They are fearless, they are courageous men and women, but without the right weapons, they will be taken as weak. This is the reason many communities have witnessed the return of so many men from the military over the recent years. It is not as if they have become weak, no! The problem is they are sent to fight without the right weapons. The truth remains that, if we have the right men in place, and the right weapons are made available, great progress will be made in securing the nation.

Corruption is a disease and a great enemy of success. There is no way any meaningful progress can strive in the face of corruption. Lately, many Nigerian soldiers were lamenting over the malpractices of their top commanders, how their allowances are not paid, and how unfair they have been manipulated by those who should care after their wellbeing. Except corruption is reduced to bearing minimal, if it can’t be eliminated totally, our speed to putting the issues of insurgency to a permanent past won’t be visible at all.

Control is basic to success. The government must monitor the progress of the military in the performance of their duties. Check their current performance and match it against the expected result. When the current performance is far from the set objectives, the system should quickly be evaluated, and necessary actions should be carried out to ensure the end in view is achievable.

Nigeria is a home for all, not one-man’s home, or a particular people’s home. Every Nigerian share equal right with everyone that is named a Nigerian. There is no human problem that has no solution, it is either the right measures are not taken to remedy it, or the efforts deployed to remedy the problems are been manhandled by the system or the authority that have been entrusted with the job. A new Nigeria is possible, except we have refused it.

The government is the major player here, and if these measures are accepted and employed by the government to restore the security in the nation, then we are sure victory is here on our palm.