How Free is Free Education in Nigeria? 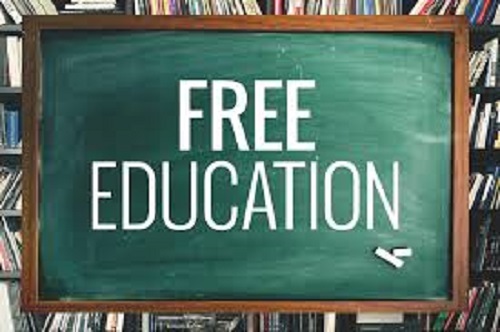 In 2018, Flickers of Hope Foundation embarked on a certain project to take children out of the streets and back to school realizing the rate of out-of-school children in the country at the time, which was 10.5 million which relates to about 50% of world out of school children (UNESCO, 2017). This has now risen to 13.2 million (2018) of which 69% are from the Northern part of Nigeria while 13% of these children are in the FCT (UNICEF, 2019). It is more saddening as 60% of these 13.2 million out of school children are girls.

While in the process of implementing the project, we were exposed to a lot of the realities of these children even for those that are supposedly in the free sector of the system of education in the country. Many of the children on the street aren’t just student who have been chased home from the private schools because of inability to pay school fees. As a matter of fact, children from the low-income part of the community don’t even bother sending their children to the private schools because they know they cannot afford it to start with. To this end, they take them to the ‘so-believed’ free public schools.

While interviewing some of the children on the reason for not being in school, after we were informed that they attended one of the supposed free government schools, we got to realize many of them weren’t in school because they couldn’t pay certain fees. Fees ranging from PTA to school charges, exam fees and registration fees; for those that were newly getting in to school. For the newly enrolled Junior Secondary School Students, they had to pay for books, uniforms and the likes; these expenses were going up to about 20,000 naira and even more to get newly registered in the supposed free schools.

Truly, free education in Nigeria is not free. If it was free, then we really shouldn’t encounter children on the street for this cause.

We came across children who finished primary school and couldn’t move forward to Junior Secondary School as a result of inability to pay fees. While on this project, we came across a young boy named Abubakar who went about sourcing for fish and selling, we met him on one of the days he was trying to sell the catfish he got.  After much interrogation, we discovered he was getting the catfish in order to pay his fees as he loved to go back to school. He finished his primary school education two years before the time we picked him up and he had been trying to save up since then. Although, the more he tried to save, the more he used the money for feeding with his family. Invariably, the young boy subtly became the bread winner of his family.

Flickers of Hope Foundation had to help enroll many of these children back to school after being picked out of the streets by her scouters. By engaging with these children, we also discovered that contrary to the claim by the government schools of not sending students out of school, they weren’t allowed to write exams if they haven’t paid, this leaves me to ask the question severally, that ‘how free is free’, and “how relative is free, if you still had to pay something”. How does a student ascertain his studentship in a school and his ability to move on to the next class, while also furthering his education and eventually qualify to write the external examination(NECO/WAEC), if he is not allowed to sit in the examination hall to write promotional exams to get promoted to the next class? There isn’t truly no point in this (leave them in school but not allow them write exams) and the hope of the student is being dashed that way.

I remember many years ago while in secondary school, a teacher once told my mates and I that the goal of going to school is to pass WAEC, if this is believed as the goal, then these children’s hope of getting to the level of writing the WAEC examination not to talk of passing becomes truncated.

Also, we engaged in a discussion with one of the government school management officers, and asked why students in the government schools still had to pay their way through school even after it’s believed to be free education. They had to fill us in on the fact that the government doesn’t even provide them with basic amenities and equipment that will make learning viable for the children. As it is, they still have to sort that part of expense by themselves (the school management). This makes them ask the students for fees that will help them provide the basics for a conducive learning environment.

This has made us believe with the realities set before us that “free education is truly not free in Nigeria” as it has been proposed to be.

In our little way, we can keep doing our best of enrolling and keeping more children in school by assisting with their fees and books. However, in dire need to tackle this issue from its roots, we call out to the Government to truly make the supposed free education a reality. The Government Schools need to be equipped financially and materially for proper school running so that the burden will be taken off these students, and especially low-income earning families. This has had serious adverse effects on student’s concentration and performances academically overtime. This needs to be done so that the purpose for being in school and acquiring formal education will not be defeated.

2 thoughts on “How Free is Free Education in Nigeria?”