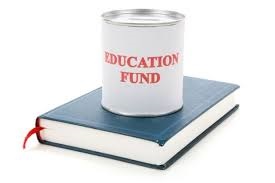 Former Vice-President, Namadi Sambo, has said government alone cannot provide the kind of support required for universities to develop at the rate expected of them, considering the reality of limited resources in the country. He said a lot of support in the form of endowment funds are needed to come from alumni associations of universities as well as the private sector.

According to a statement by the Director, Press and Public Relations of the National Youth Service Corps (NYSC), Mrs Adenike Adeyemi, the ex- Vice-President, spoke at the conferment of the Award of Excellence on him by the Conference of Alumni Associations of Nigerian Universities (CAANU) held in Kaduna, weekend.

Other recipients of the award were the NYSC Director-General, Brigadier General Shuaibu Ibrahim; Kaduna State Governor, Malam Nasir El-Rufai; Minister for Women Affairs and Social Development, Dame Pauline Tallen, and the Executive Secretary, National Universities Commission, Professor Abubakar Rasheed. Namadi Sambo said:  “It is gratifying to note the offer made by the Federal Government to members of ASUU, though not exhaustively meeting the demands of the union; but certainly is a bold step towards resolving the lingering crises in our University education.

“Government alone cannot fund tertiary education in its entirety, considering the reality of limited resources amidst competing needs of the country in various critical sectors. “There is the need, therefore, to seek alternative sources of funding for the university system in order to revitalise the education system and ensure stability in public universities. “I hope the university lecturers will see the reason and accept the offer in the interest of our children.” Sambo, an alumnus of Ahmadu Bello University (ABU) Zaria, however, noted the roles played by alumni associations in the continued existence of academic institutions.

“Expectedly, alumni of each institution will drive the process of mobilising the private sector and philanthropists to generate resources and support for the endowment fund to pursue a cause that would fast track the country’s transition to a knowledge-based society,” the former Vice-President. Speaking on behalf of other awardees, Brigadier General Shuaibu Ibrahim thanked the organisers for the honour done to them. In his remarks, the Chairman of CAANU, Professor Ahmed Tijjani Mora, commended the awardees for their contributions to the education system. He noted the achievement of the NYSC DG, especially in the area of strengthening the corps members mobilisation processes to block unqualified persons from participating in the National Youth Service Corps (NYSC).