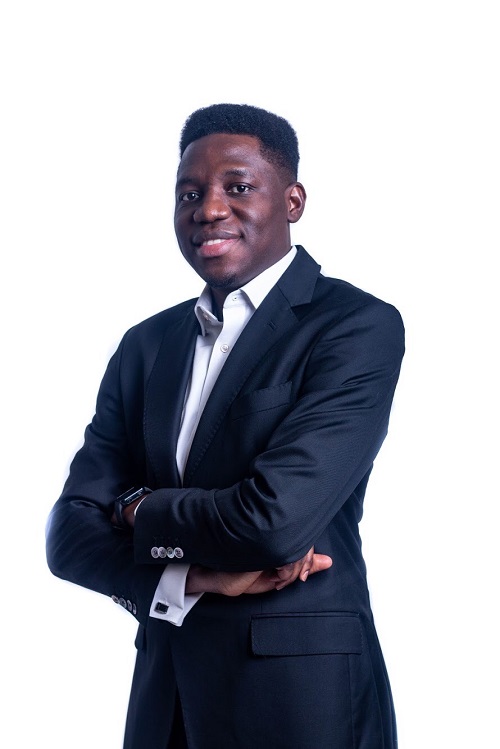 Read below an excerpt of our conversation with Dr. Adewale Adeyinka on the Silent Generals:

WHAT WERE YOUR DEFINING MOMENTS AS A YOUNG PERSON?

Let me begin with the moment I discovered the value of diligence and excellence at its core.

So, there was I, primary school chap, not your very best student in class. I was floating somewhere, maybe in the middle of the pack? Or maybe top 10 on my very good day. I was just there, you know. And I remember, I will come home, show my parents my report card. And what you tend to hear is, “who told you, you couldn’t be first? Or you couldn’t be third and all of that?” I’d be like, “just let me be, I’m just coasting through life.”

My father, who is late now, in his wisdom will often delight in giving or setting us tasks that were a little beyond our time. So, if you were in primary four, he would get you to start to do some things that were maybe a little bit ahead of you just to say to you, you see all these things about Maths or English; all these subjects, it is not rocket science. You can actually know it if you want to. If you set your heart to it, you can know it. But I hated that with all my heart, I didn’t want to do that. I’d just say, “I’m at this level, give me something fit for my level.”

So, he taught me on a Saturday. On Monday, when I got to school. There was an announcement that there was going to be a scholarship competition.  It was from a National Mathematical Center and they wanted every school in Nigeria to appoint one student that would represent that school in the National Mathematics competition. And that would mean whoever would represent the school would have to do a major math exam or test at the states’ level.  And then they would collate the winners from the state and choose maybe two winners from each state, something very serious like that.

So, I was in school that day, and my class teacher walked into class and I said, “Hi, guys, there’s an opportunity. The school needs to choose who would represent her in the National Mathematics Competition. There will be an impromptu test today and we need to send the names tomorrow. So, we’re going to decide who is going today.” They chose 20 students from Primary 6A, B and C, I think.

You know, I’m always floating top either ten, eleven. So, my name made it to the list. I somehow got in there. We walked into that little test hall, they sat all 20 of us down, and they put 10 questions on the board. And guess what? All 10 were Pythagoras theorem. I don’t know how that happened. I always say till tomorrow, did my father speak to the principal? Was there a collusion that that was what going to happen?

And these are what I call defining moments of God in a man’s life. When God just deliberately trains you for something and you just happen into the situation that you’ve been purposely trained for. And you just deploy the skill and people begin to wonder, where did this person come from? I wasn’t the best mathematician in my school at that time. I wasn’t even close to being the best. But I was trained in a specific topic. I deployed that knowledge. And guess what? I left the exam hall in 15 minutes. People said I had failed. You can imagine, people laughed; they said I had failed. The results came out. I got 100% because I knew Pythagoras theorem. The best students in mathematics, didn’t pass, they all failed it. And so, I was the sole representative of the school.

I remember getting home that day, calling my father on the landline phone and I said to him, “Daddy, you can’t imagine what happened today. This is, this is the situation.” And then my father said to me over the phone, “Now that you are the only person they have chosen, it is not only Pythagoras theorem they will ask you in that test, you better not let yourself down.” I was like, “good Lord”. I had to put myself together and started training like never before.

What happened was that, when I tested that little bit of success, it inspired something in me that I can actually be the best. Remember I wasn’t failing in class but I also wasn’t doing too well before. I wasn’t the most excellent in class. But that taste of success showed me what I could be. That’s what we call potential- what you can become, but haven’t yet become. I had a taste of what I could become, but I hadn’t yet become. And so, that little experience just shifted my life.

To cut the long story short, I went for the math exam state level, I actually also aced it at the state level, then became one of the few people that won the National Mathematics Competition in the country at that time. And then I was given a scholarship that covered me from JSS one to JSS three. Actually, it was the Federal Government that paid my school fees.

That was the first ever defining moment I can remember in my life. It was that moment everything switched around. It was that moment that academic excellence became more embedded into my DNA. Not because my dad always said to me, “you have to come first,” it now became a matter of- I had tasted success at a particular level and the feeling was so good. It made me see myself in a new light, not out of pride, not out of wanting to lord it over people. But from a place of wow! So even me can be like this. And then it just became my defining moment academically. It was at that moment that I became an A student, and that A student just kind of carried on through, you know, JS, Junior WAEC, SSCE, GCE.

Listen to the January’s edition via podcast: Conversations with Dr. Adewale Adeyinka

Some quotes from Dr. Adewale Adeyinka:

*If it is not worth doing at all, don’t do it. But if you must do it, and it’ll have your signature on it, it has to be well done.

*Anything can happen! Preparation and Opportunity meeting is what makes success happens

Click here to register for free our monthly edition of the Silent Generals.

Read about our amazing Silent generals for 2021 here