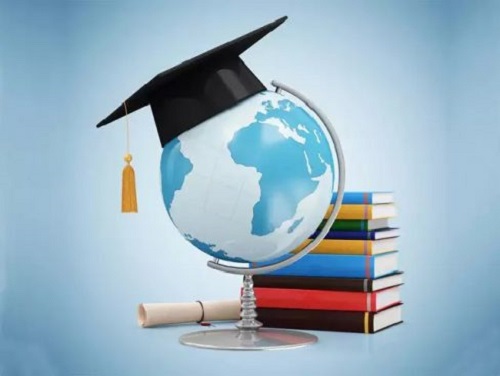 When Governor Muhammadu InuwaYahaya assumed the mantle of leadership in Gombe State, he knew there would be challenges but the nature and degree of crises in all sectors of governance were however hidden with the cosmetics of politics and propaganda by the immediate past administration. It is no longer hidden secret that Gombe State had one of the highest rates of educational exclusion in Nigeria despite being a state with great potentials that could be leveraged to drive development in all sectors but was having a fearful statistics of over half a million out-of-school children, representing nearly 6 per cent of the 10.3 million out-of-school in Nigeria.

No one could really understand how a state like Gombe that is not amongst the top 20 most populous states would have such huge statistics which troubled the minds of every well-meaning citizen of the state including Governor Inuwa Yahaya whom, upon assumption into office swung into action by hurriedly declaring a state of emergency in the sector to quickly reverse the trend before things could fall further apart. When you listen to the speech of Governor Inuwa Yahaya whenever he speaks about the education sector in the state, you will feel his pains that over half a million in a state of roughly 3.2 million people were out-of-school.

In one of his speeches, he said “If we don’t put our children in school and we continue to say children are the leaders of tomorrow, then what kind of leaders are we going to give to the future? If it takes emergency approach to bring them back to school, then know that we must get them back to school by all means possible’’. If this is not what leadership with compassion entails, then I wonder how else to reflect leadership.

Education is the light of any society which most, if not all developed countries have leveraged to improve the living standard of its citizens as well as empowering communities and eradicating poverty. With education, every child can reach the acme of self fulfilment and as it is now, Governor Inuwa Yahaya has shown that robust commitment to make the dream of every Gombe child, irrespective of religion or ethnic affiliation get their basic right because under this administration, education has become the right of every child. The power to refine whatever skill and ability that a child has rests on education; it is one tool that is capable of revolutionizing the social status of any child and it has made the lives of many children from poor background better than those of their parents as it is also the wish of every parent and Gov. Inuwa too, to have Gombe kids do beyond their parents’ achievements in life. One of the questions that had puzzled many educationists within and outside Gombe was the fact that in spite of the huge number of out-of-school children, the immediate past administration withheld counterpart funding that would have secured international assistance to better the lots of Nigerian children resident in Gombe State.

In answering that, Governor Inuwa Yahaya approved the release of money for the payment of counterpart funds for Universal Basic Education (UBEC) that facilitated the securing of about N1.5b Basic Education Grant and ensured compliance with the UBEC partnership guidelines. In furtherance of Governor Inuwa’s quest to see to it that children were mopped  out from streets to school to address the over 550, 000 estimated out-of-school children, Governor Inuwa Yahaya’s noble administration also flagged-off the Better Education Service Delivery for All (BESDA) which will spend $6,000,000.00 (Six Million US dollars) to mop-up out of school children from the streets and return them back to the classrooms, secured assistance through donations of a science laboratory complex which consists of three labs for physics, chemistry and biology with capacity for thirty (30) students. As it is said that when one invests genuinely, the gains of such investment is first seen by others, such has become the testimonies of the education sector in Gombe as the people and other stakeholders are beginning to see results in steady manners. Today, as a result of BESDA’s intervention, there are now over 791 learning centres with 75, 491 learners and with other interventions that are yet to be added to this statistics.

Today, whenever you go to any classroom in Gombe, only quality and competent teachers now man classrooms. In addition to that, teachers audit is being conducted in schools across the state to ascertain those that have professional qualifications and those without. This will be followed by competency test that will help to grade teachers for various training categorisation and demand. The competency test is to particularly assist teachers to build their capacity and helping them meet up with the required standard for teachers anywhere in the world. The very fabrics of Governor Inuwa Yahaya’s several reforms in the education sector are embedded in Brad Henry’s quote (A one-time Governor of Oklahoma, USA) that “No other investment yields as great a return as the investment in education. An educated workforce is the foundation of every community and the future of every economy.’’ With these efforts towards revamping the sector, there is no doubt that we have in Governor  Muhammadu Inuwa Yahaya,  a good investor who is concerned about the foundation of every community in Gombe as well as the future of the economy of the state.

Misilli is the Senior Special Assistant (Media and Publicity) to Gombe state Governor.