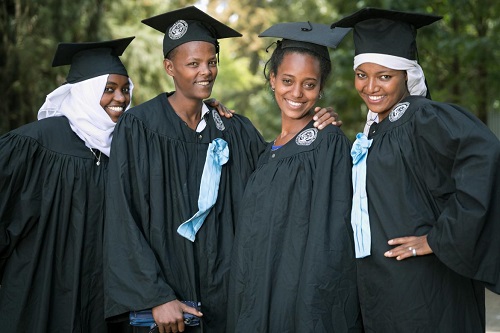 The campaign for “gender equality” is more a world-led movement than a particular nation’s affair seeking women’s inclusion in the leading force of the world that seems like a men-led world. But anytime we talk about leadership, one thing that often comes to mind is responsibility. Where there is no responsibility to take on, it will be a waste of time to sit and talk about leadership.

A leader is not just a leader because he or she is the only one that shoulders all that is required to have anything achieved or that he is at the core of taking decisions that serve as the basis for rolling out the plans that will lead to the achievement of any given goal.

Taking responsibility as a leader or a follower is all about a person responding to his or her ability. But how can a woman respond to an ability that she doesn’t have? So, it is one thing to be a leader, but it is another thing for a leader to be able to do what a leader does. Of what use is the king’s crown on the head of a stranger in the kingdom? To be able to do well as a woman in leadership, there is a need to go through the required training for the task or the position that must be given out to you just as the male counterpart.

The best way to break the bias and leadership role discrimination against women is to have the women empowered for the role of leadership. Gone are the days when leadership in a communal setting is all about family background or history, age, indigenous affairs, and wealth. The world has gone beyond that. We are living in a technology world; the internet generation. This is not like the times that the greatest farmer in the land will win the leadership bid. No! mental growth and development are required to lead the world successfully.

For any leader around the world to be able to handle environmental issues; insurgents’ cases or climatic conditions issues, the place of knowledge can’t be trampled upon. Knowledge is the key to effective decision-making. We can’t give what you don’t have, or we have not been trained or equipped for.

To a very large degree, men or women who are elevated to leadership positions without the know-how will become figureheads or ceremonial heads. Such is abusive and it will lead to more deterioration in living standards and healthy environment. Acquiring the necessary education and growth or training either informally or formally is the best tool that will fast break the bias.

Take for instance, if an organization that has 5 male staff and 10 women staff needs to appoint a general manager from among the staff members. The least qualification and training of the male staff is B.Sc. while the highest among the female staff had secondary school certificate (WAEC). Who would be best qualified for the new leadership position? Without an iota of bias, the best persons for the position will be one among the male staff.

This is the reality that plays out in most sectors of human endeavors between both male and female counterparts. There is a need for women to grow and prepare to handle societal issues, organizational issues, environmental issues, industrial and technological issues just the same way the male counterparts are doing; making necessary effort regardless of the hard times.

Women’s growth and development will help change the ancient orientation of women, which makes them believe that their only core role in life is childbearing. There is a need for a shift in the general thinking of women regardless of place, race, background, exposure, etc. when a woman sits back in her father’s house refusing to build her intellectual and mental capacity, but waiting for the man who would marry her, such woman will lack the know-how to handle leadership responsibilities in her home and even in society, if she were to be given on the platter of gold.

Women empowerment in mind development, mental growth, and general life training is the best weapon to win the campaign of gender equality for a sustainable tomorrow.  When women build their capacities to solve societal problems, the bias will not only reduce, it will die a natural death.

As a woman or young girl, dare to learn a new skill today, dear to engage in tasks and activities that will grow you beyond the level of the person you have always been. Every day, the world is seeking problem solvers. If the solution to world problems is seen in you, the world would come to listen to your wealth and reservoir of knowledge, ideas, and wisdom. And as you share to make the world better, you will be gaining more ground daily until the news of you (or the fame of you) will come or go everywhere.

The young girls today are the women tomorrow, so at Flickers of Hope Foundation, we see to the empowerment of the girl-child not just formally but informally; building their capacities to take their place in the world’s leading space. We have over 20 girls that have passed through our ProjectBack2School Scheme since 2018 because we believe in the women they are becoming, and in their leadership abilities.