Why Buhari should declare state of emergency on Education — Clark 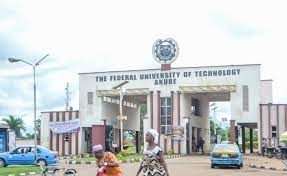 FORMER Federal Commissioner for Information and South-South leader, Chief Edwin Clark, has called on President Muhammadu Buhari, to as a matter of urgency, declare a state of emergency on the education sector in the country.

Clark, who lamented the deteriorating standard of education in Nigeria, warned that if the government fails to declare a state of emergency, the education system in the country will be nothing to write home about and the nation’s children will be worse hit.

Speaking with Vanguard yesterday at his Asokoro residence, Abuja, the former Education Commissioner in the defunct Midwestern region during the administration of late Brigadier Samuel Ogbemudia, asked the Federal Government, in the interest of students to discuss with the Academic Staff Union of Universities, ASUU, with a view to addressing the problem of strikes that have become a recurring affair.

According to Clark, if the government failed to brainstorm with the striking lecturers and the strikes are not nipped in the bud, it would get to a situation where some of the students may not be able to go to university for about five years especially when ASUU embarks on a long term strike.

Clark also spoke at last week’s graduation ceremony of Edwin Clark University, Kiagbodo, Delta State where 321 students graduated and Honorary Doctorate degrees were conferred on former Military President, General Ibrahim Babangida, late business mogul, Captain Hosa Okunbor and others, also called on the Federal and state governments to offer automatic employment to university graduates who come out with first-class to boost scholarship in the country
According to the Elder statesman, the graduation ceremony which witnessed a total of 32 students with first-class degree classification, was the second and third Convocations.

A dangerous trend in JAMB

He lampooned the Joint Admission and Matriculation Board, JAMB, saying that it has introduced a new trend that has turned it into a profit-making venture by milking poor children from pitiable families who are anxious to go to universities via exorbitant fees.

No state should have more than one university

Clark said: “For some time now I have noticed with dismay, disappointment and frustration how the standard of education is falling very low. Not exactly due to the performance or non-performance of the children, but the governments, lecturers and various institutions have failed to live up to expectations.

“The government is not doing anything to solve the problem and I am therefore calling on the Federal government to declare a state of emergency on education. Otherwise, some of our students who gained admission to universities may not be able to go to university for about five years particularly when ASUU embarks on a long term strike.

“The Federal government is not worried about settling with ASUU. In the interest of our children, the Federal Government should overhaul the whole system of education from the primary to the highest, that is university education.

“Those who managed to get first-class degrees must have worked very hard not because their lectures are available to teach them. The original independence enjoyed by Federal and State Universities is no longer there.

“I have also discovered that most of our students in Federal and state Universities have not been able to graduate due to the ASUU strike and this is inflicting hardship on parents who managed to take them to school.

“There is a new trend happening now in JAMB, JAMB has turned to be a profit-making venture whereby poor children from pitiable families who are anxious to go to university are being milked by JAMB asking them to pay exorbitant fees. And at the end of the examination, JAMB make a return to the Federal Government of over 5 to 7 billion Naira profits generated by JAMB for the government.

“Even in Nigeria, some state governments pay JAMB fees particularly when they realise that the parents have no money to pay. Not many of them are able to get admission into universities either due to the ASUU strike or other reasons.

Recently, JAMB gave an answer when it was asked why do you allow these children to take examinations every year, that the one who wrote and scored a very high mark, should be allowed to go to the University the following year, but JAMB gave an answer nobody could believe.

“If UNILORIN or Ibadan or Lagos or Benin, attract over one million students who took JAMB and up till today, students don’t even know whether they will enter the university or not because ASUU is on strike, but this year again they have taken JAMB, what kind of society do we belong to?

“Some of us have been in this profession for years, I started the whole of my life as a teacher, I started as far back as 1947. Some of the teachers who trained with me are professors today. You cannot compare a grade 2 teacher of our time with a grade 2 teacher of today, nor could you compare an NCE teacher who graduated today with that of 10 years ago. The question is, is the federal and state government aware of the falling standard of education?