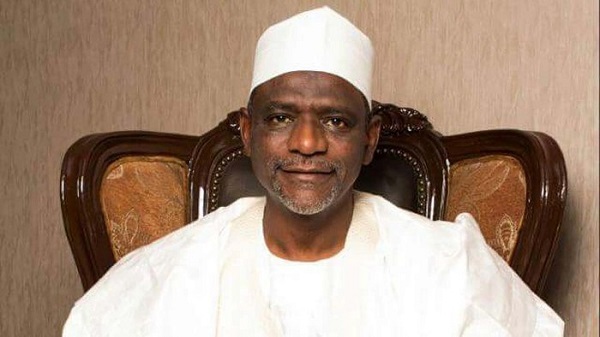 The Federal Government says the number of Out-of-School (OSC) Children in the country has reduced from 13.2 million to 10.2million, following various interventions of the government and development partners.

The Minister of Education, Malam Adamu Adamu said this at the 12th Edition of the Ministerial Press Briefing on the OSC Phenomenon held in Abuja on Friday.

Adamu, who was represented by Mr Sonny Echono, Permanent Secretary of the ministry, said that conflicting figures of out-of-school children were being given, ranging from 10 -13 million.

Ministerial strategic plan states that Nigeria has 10.5 million children aged 6-14, out of school.

However, a recent Demographic Health Survey (DHS) has shown that the population of out of school children in Nigeria has risen from 10.5 million to 13.2 million.

According to him, the reasons adduced for this unfortunate phenomenon include, though, not limited to the following: financial incapacitation, violent conflicts and ignorance on the part of parents/guardians.

He added that lack of political will to confront the ugly phenomenon, socio-cultural complexities, distance to schools; physically challenged children, child labour, migration and orphanage were other challenges of the OSC.

He listed the most endemic states of the OSC to include: Kano, Akwa Ibom, Katsina, Kaduna, Taraba, Sokoto, Yobe, Zamfara, Oyo, Benue Jigawa and Ebonyi.

According to him, the concerns of this administration are two-fold; to find an empirical means of getting the figures right and the best ways of reducing the number to the barest minimum.

“ln the last four years, therefore, we have been making efforts to determine the exact number of out-of-school children.

“However, the good news is that the Universal Basic Education Commission (UBEC) and other stakeholders have been working towards this common goal of determining the number of children of school age who are not in school.

“For now, based on the recently conducted National Personnel Audit of both Public and Private schools, Nigeria has an estimated out of school children population of 10,193,918,” he said.

Adamu explained that the ministry has, however, encountered some challenges in a bid to reduce the number of OSC.

He enumerated the challenges as inadequate security due to banditry/insurgency, misconceptions about the value of education and slow implementation of UBEC programmes by States Universal Basic Education Boards (SUBEBs).

He listed other challenges to include: low draw down of matching grant by SUBEBs, inadequate funds for special education, inadequate grassroots needs assessment before project execution and wrong location of projects.

Adamu added that the ministry in collaboration with the National Mass Adult and Non-Formal Education Commission had also developed a template to capture the OSC within the space of the next five years.

“We have sent out our team to countries like Pakistan and Indonesia that have similar issues with Nigeria and find a way they were able to overcome it.

“We have also carried out advocacy and sensitisation programmes on monitoring and mentoring of School Based Management Committees (SBMCs) on school governance in 36 states and FCT.

He said these interventions would further reduce the number of OSC in the country.

Programme Coordinator at Flickers of Hope Foundation
"Olabisi is a fantastic team player. She is excellent at managing people and day to day operations. She's very detailed, dependable and diligent. She's fantastic at relating both with superiors and subordinates alike. She would go any length to get a job done and her sense of loyalty is very commendable. It'll always be a pleasure to recommend Olabisi anyday, anywhere!" -
Taiwo Oyewole (Business Development and Sales Enthusiast)