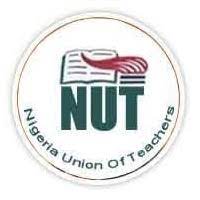 The Nigerian Union of Teachers (NUT) said it had lost up to 800 of its members to the insurgency in the North East.

NUT President, Dr Nasir Idris, disclosed this to reporters in Abuja at the weekend while fielding questions on the kidnapping of an Abuja school’s vice principal last week.

He said teachers and their children were also being kidnapped by bandits in the North West.

He said if the federal government could not provide security, the union would asked its members in the two zones to withdraw their services.

He said: ‘’I can say that we’ve lost up to 800 teachers in the North East. And about the issue of banditry in North West, not that we’ve lost teachers, but teachers are being kidnapped together with their children because some of these teachers said you can’t carry our students and go with them alone, carry us along.

“We can’t just allow you to carry our students alone. So, we have these problems honestly. We want to appeal to the federal government again to provide security in our schools, not only security, but enough ones so that they can man these schools where we’re having problems. It’s not all the places we have problems.

“The problems are in some local governments in some states where we have these banditry, kidnapping, insurgency etc. We’ve lost a lot of members as far as this issue is concerned.

“We urge the government, to as a matter of urgency provide enough security for those schools. Any place that the federal government does not provide enough security, we can’t just put our children and teachers in problems, that’s why we said that if the security isn’t going to be provided, definitely we’re going to ask our teachers in those areas to withdraw their services. We’ve made this clear to the federal government’’.

Idris also asked the federal government to make teaching more attractive by fast tracking the approval of policies on 65 years of age in service and 40 years in service for teachers’ retirement as well as a better welfare package.

He said many teachers had quit the profession owing to maltreatment by the federal, state and local governments.

“Lack of focus on the basic classes, which is the foundation, is causing a lot of problems because the teachers of primary and post-primary are not enough. The state governments and local governments don’t recruit teachers, and teachers are retiring, and the condition of service is not good at all!”

Flickers of Hope is a Non-Governmental Organization with a primary focus on Education. We aim to educate, mentor, empower and equip young people, as beacons of hope for the nation.
Post Views: 357