Why government should honour agreement with ASUU, by stakeholders 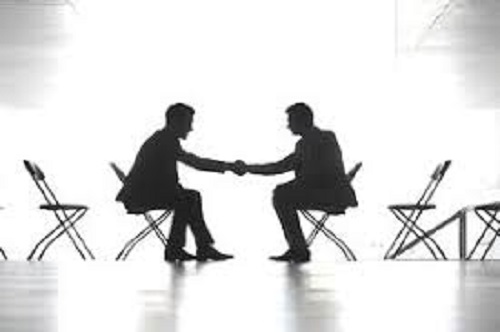 Stakeholders in the tertiary education sub-sector have emphasised the need for government to honour its agreement with university teachers to restore normalcy to the troubled sector.

They warned that failure of the government to do the needful, which may lead to a renewed strike action, might destabilise the academic system.

Dr Olaniran expressed hope that government would live up to its promise by fulfilling all conditions attached to the suspension of the strike.

He noted that strikes are setbacks to the educational advancement of a country and disrupt academic calendars, which elongate students’ stay in school.

He, however, warned that it is more dangerous for ASUU to turn blind eyes to the general neglect of proper funding of education, which if not addressed, will be far more tragic than the loss occasioned by strikes.

“It is to this extent that our union insisted that there can be no national development without a properly functioning university system. If government faithfully implements the agreements, the entire nation will applaud ASUU for salvaging universities from the brink of imminent collapse. That is one of the many gains of our struggle.”

Prof. Odewumi said the strike has had untold negative effects on ASUU members and the government can only compensate them by honouring its own part of the deal.

For instance, the university teacher noted that for the entire period of strike, all promotions, annual increase, requests for study leave, leave of absence, and sabbatical was suspended, and many of these are not recoverable.

“Above all, going to class to the lecture is the greatest passion for most academics. Personally, any negative issue I have invariably evaporates immediately I enter my class to lecture. All these are not known to the public, hence they underestimate the fact that ASUU goes on strike only when they have their options.”

Speaking on the cost to knowledge, he said it is simply unquantifiable and the net effect is the low state Nigeria is in among a comity of nations, where knowledge is the ticket for development.

“The question might be asked, but what is the gain of these painful strikes? Let it be said that without these strikes by ASUU to arouse a perpetually slumbering government, our tertiary education would have gone completely comatose. Just imagine what has happened to the security system that cannot secure us. Our certificate would have become so worthless that no foreign country will recognise it for anything. Imagine the state of our primary education that has almost completely gone to private operators,” Odewumi queried.

On his part, Prof. Dasylva said it was high time the Nigerian government woke up to its responsibility.

“If the Federal Government thinks that it deserves the praise of ASUU, Nigerian students, or the general public because it has agreed to implement whatever claimed percentage of the negotiated agreement, then it must be mistaken. Unfortunately, the focus has been on ASUU as if the union is the issue, but it is the FG and its representatives. A serious and responsive government would normally honour and ensure the implementation of an agreement that it willingly entered into with a body like ASUU; that is the hallmark of a responsible government. Had government-funded and implemented the agreement, in a layman’s language, there would have been significant improvement in teaching and learning environment, lecture rooms, libraries, and hostel accommodation, among others. Our public universities would, at least, have been able to meet the benchmark of global standards and best practices, and earn a much-improved web ranking,” Prof. Dasylva maintained.

He stated that any serious and responsive government that takes issues of education and research seriously would have made the implementation of the 2009 agreement a priority, especially when the nation’s economy was relatively buoyant.

Dasylva said: “The academia has not been fortunate with the FG, past, and current. Put on a performance scale, the current government and its relevant agencies have performed abysmally. ASUU was on strike for nine months; the strike would not have been this long had representatives of government been serious about it. There were unwarranted distractions occasioned by IPPIS issue. On another hand, the Minister of Labour kept playing crude politics with the lives and destiny of Nigerian students. The resolution arrived at, now, was long suggested at the commencement of the FG/ASUU meeting, but puerile ego on the part of those representing government had frustrated logical reasoning.

“The blame of the long strike cannot be put on ASUU because the union itself is a conjoined victim, not of the strike action but of an unresponsive government, and poor governance. For example, besides rendering regular community service as academics with hardly any motivation, if at all, and in addition to teaching in a very unconducive environment, they have had to carry out their research in decrepit laboratories and poorly equipped libraries. They deserve FG’s unreserved apology. The morale of all categories of victims, not of ASUU strike but of poor and unresponsive government, is down and unarguably at its lowest ebb. And if therefore, the government is sincere with its current response, it might, hopefully, lead to a full turnaround restoration of the public university system,” Dasylva added.

In the same vein, Prof. Ajayi said the strike was avoidable and could have been stopped if the government had responded swiftly.

Ajayi said: “The time lost to the strike can be quantified in simple terms. If a student is expected to be in class for 12 weeks and we have 10 students, then, 120 weeks is lost to the avoidable strike. Remember that a year made of is 52 weeks. More than two years of Nigeria’s education resources were lost. If this is calculated based on the number of students in our universities, imagine the loss. This is quite enormous if this is translated to monetary terms by calculating the cost of keeping a student in the classroom for a week.”

Public affairs analyst, Abiodun Bamigboye, urged the government not to renege on its agreement with the union to avert a repeat of another disruption of academic activities across the nation’s universities.

He also enjoined ASUU not to lose its guard as past experiences have shown that it would take concerted efforts for government to meet the demands of the union.

Flickers of Hope is a Non-Governmental Organization with a primary focus on Education. We aim to educate, mentor, empower and equip young people, as beacons of hope for the nation.
Post Views: 502