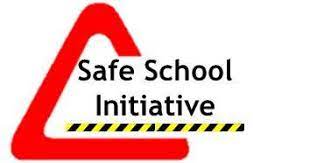 In the wake of kidnapping of over 300 schoolchildren from Government Science Secondary School, Kankara, Katsina State, Head, Education Desk, IYABO LAWAL, examines what happened to the Safe School Initiative launched in 2014, which reportedly attracted millions of dollars from donors.

On December 11, more than 300 schoolboys from Government Science Secondary School, Kankara in Katsina, were kidnapped by bandits though they were later released. That has prompted questions about what the Federal Government has done with the Safe School Initiative launched on May 7, 2014, to help protect hundreds of schools when there was growing number of attacks on students in the country.

The announcement of the initiative at the World Economic Forum in Abuja came on the heels of the April 14, 2014 kidnapping of more than 200 girls from a boarding school in Borno State. The initiative was designed to ensure all schools in Nigeria are safe from attacks in the future.

The Safe Schools Initiative, at the start, was expected to reach over 500 schools, especially in vulnerable areas, through a $10 million fund pledged by a coalition of Nigerian business leaders, working with the United Nations Special Envoy for Global Education, Gordon Brown, the Global Business Coalition for Education and A World at School. The following day, government committed an additional $10 million. During the following weeks, commitments were made by the United Kingdom, Norway, Germany, and the African Development Bank to support the initiative.

By November of that year, a UN multi-donor trust fund was established to channel additional international resources to the project with pledges from several governments. As of July 2015, the efforts were reported to have begun to “make a huge difference in the three northern states currently in a state of emergency.” The initiative focused on lighting, communications devices, emergency plans, and the promotion of safe zones for education, consisting of teachers, parents, police, community leaders, and young people themselves.

In addition, for the students at the highest risk, alternative schooling arrangements were developed.  One of the first projects was to allow 2,400 of the most at-risk students hit hardest by Boko Haram’s terrorist activities to enrol in federal schools. The scheme was voluntary and was with parental consent. The students who relocated were to be provided with basic expenses, such as food and books. As planned, some funds would be made available to parents who will be going to the schools to visit their sons and daughters.

In broader terms, the SSI entails a combination of transfer of secondary students to other states; support to education in IDP camps; and pilot safe schools models including community mobilisation. The initiative was initially implemented in Adamawa, Borno, and Yobe states. To make the programme work, a national Safe Schools Fund to accommodate capitalisation from Federal Government, private sector, and grants from donors was established in 2015.

As of today, it is not clear how much has been raised and how much has been done to keep schools safe. However, a document (Nigeria Safe Schools MDTF Financial Reporting on Sources and Uses of Funds For the period ending 31 December 2019 indicated that $1,750,240 was donated in 2018. In that same year, $1,736,316 was spent.

At the launch of the initiative, Brown, the former prime minister of the UK, said, “The first step in response to this crisis has been to show our support. The next phase is to take practical measures to make schools safer. We cannot stand by and see schools shut down, girls cut off from their education and parents in fear for their daughters’ lives.”

“We urgently need to avoid the nightmare that could easily become a reality – millions of children who could spend their whole school-age years without ever entering a classroom,” said Brown.

On August 1, 2014, the Exam Ethics Marshals International (EEMI), with the support of the United Educational, Scientific and Cultural Organisation (UNESCO) distributed 1,350 Safe School kits made up of a safety manual, video DVD and audio CD on security tips, and hand sanitisers to 114 schools and related agencies in insurgency-prone Borno, Adamawa and Yobe states.

The event also featured a safety workshop where teachers, officials of the State Universal Basic Education Boards (SUBEB), and emergency responders were exposed to training on safety and security skills.

Founding Chairman of EEMI, Mr. Ike Onyechere, said the design of the kits, which had started four years earlier as a result of research, was necessitated by the need to prepare schools for crisis such that they would be better equipped to weather whatever storms they faced.

However, Onyechere noted that since then, EEMI had organised safety conferences annually, but only private schools showed more commitment about issues of safety than their public counterparts, which are more prone to attacks. He said public schools were still vulnerable because government officials had not been responsive enough to help them get prepared.

Former Director, State Security Service, Mike Ejiofor said training on security is necessary for both teachers and students on what to do during emergencies.

He said: “Most people just open schools without carrying out security survey from experts, you must carry out a security survey of the school, so that they can guide them. If it is a boarding school for instance, it will address issues of where the hostel will be, access and the control gate so that the students will not be jumping the fence. You will equally have perimeter fencing that students cannot cross,

“You have to liase with regular security agencies with a strong task force for the school, to advise on the various security measures to put in place. Parents should also work with Parents Teachers Associations (PTA) on how students can be accessed. Regular security education both for the teachers and students, what should they do at any given time in case there is an incidence or emergency,” Ejiofor added.

Ayo Obe, a legal practitioner, and public analyst, said in the wake of mass abduction of Katsina schoolboys: “Let me not pretend to even know how many schools were ever touched at all by the Safe Schools initiative, let alone what the components of such safety were supposed to be. At any rate, given our casual approach to everyday occurrences like fire, it will surprise few of us to see how unprepared our students and their teachers seem to be for attacks by insurgents, terrorists, bandits, or just plain criminal kidnappers.

“Once again, we have tales of panicked running here and there, attempts to scale school walls, no designated muster point … so that two days after the attack on Kankara School in Katsina State, the best the government and the school authorities could say was that 333 students are unaccounted for. That is really not good enough. Schools should know who is in, and who is out.”

For Prof of History, Ayodeji Olukoju, government must tackle the problems urgently to keep its citizens safe. Olukoju wondered why kidnappers would swoop on innocent school children and put them through such psychological trauma.

“ In this age of terrorism and banditry, it seems there are no hallowed grounds. Otherwise, why would any sane group invade a boarding school to kidnap hundreds of schoolboys? Though this security threat appears limited to one vast region, it might spread, if unchecked.

“What appears to be common to all these mass abductions is that they occurred in communities where religious extremism (morphing into terrorism and insurgency) has local roots. Such would not have occurred without some element of local complicity, caused by alienation from the state or sympathy for the abductors. Until we break that chain, we may yet see a repeat.

Besides, Olukoju noted that the schools are located in relatively isolated and insecure locations, not in densely populated urban centres, where resistance or sabotage (slowing down or preventing the criminals’ getaway might occur.). Hence, focus should be on both day and boarding schools in isolated and (semi) rural communities where abductors could get away with relative ease. He noted that the existence of a forest hideout in the vicinity of such vulnerable schools makes them tempting soft targets. This gives a clue as to which schools need the most urgent intervention.

“The recurring failure of intelligence gathering and analysis by designated state security officials and the local people (traditional rulers, local government officials and residents) themselves. Otherwise, why would a convoy of hundreds of motorcycles take off from some location and ride into town, and nobody could forewarn of their movements or track their getaway? So, coordinated intelligence gathering is key to forestalling a recurrence.

“Our reaction is always too slow; our security agencies, admittedly overstretched, are neither proactive nor even effectively reactive. So, we need a rapid response strategy focused on identifying threats to vulnerable schools and forestalling attacks. A solution might be the building of mega schools to accommodate relocated schools, which must then be converted to and run as veritable forts or fortresses! This is the reality of our times. However, until we get to the root of, (and root out) religious extremism and dry up the pond that produces recruits (the out-of -school children, the unemployed youth and social miscreants), we will continue to experience intermittent attempted mass abductions for financial or propaganda purposes,” Prof Olukoju added.

On his part, Emeritus Professor of Technology Management and Coordinator of the Society for Linking Education, Problems and Happier World Intellectuals. Francis Ogbimi, lamented that the nation is not safe for anyone.

He said: “Those who think that a troubled nation may become peaceful by importing machine guns and making millions of laws are wrong. The Chinese long ago observed that nations that lack direction may have millions of laws that have no impact on the lives of the people. No new policy can guarantee the safety of school children in Nigeria especially in the more troubled northern states. We can bring peace readily to our nation by mobilising all Nigerians for learning and industrialisation. By learning, I mean education, training, employment and research”.