THE GIRL-CHILD: DESERVING OF QUALITY EDUCATION 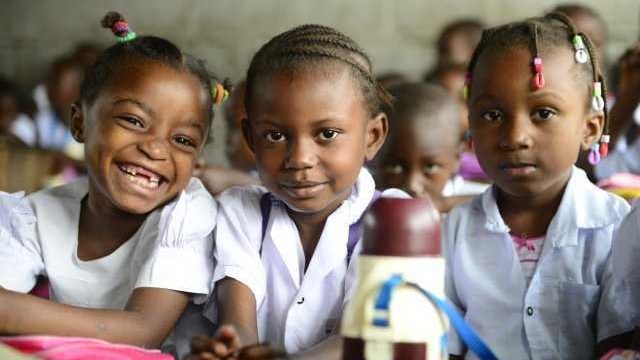 The recent appointment of Dr. Ngozi Okonjo-Iweala as the Director General of the prestigious World Trade Organization (WTO) has again brought to the fore the need to take seriously the education of the girl-child. By this appointment, Dr. Ngozi Okonjo-Iweala would be the first female, first African Director-General of the 26-year-old World Trade Organisation based in Geneva, Switzerland.

All over the world, women are rising up to take the mantle of leadership; in politics, in trade, in business, in technology, you name it. Just recently, Kamala Harris became the first female Vice President of the United States of America and the first African American/Asian American to hold such a political position in the history of the country’s democracy. And a cursory look at the world today would give you a picture of how women are standing up to take their rightful place in the scheme of things. Now, the lesson in all these happenings is simple: what a man can do, a woman can do it beautifully well too.

But this can only be the case when the girl-child is given the proper education and proper upbringing. It is still unfortunate that in the twenty-first century, certain cultures and traditions still have not come to terms with the fact that a girl-child is as important as a boy-child. Children generally (whether male or female) are a gift from God and so, they are meant to be treasured the same way. I believe it would anger God to see that some children are discriminated against or are given less access to certain opportunities that would have given them a competitive advantage as a result of their gender (most especially the girl-child). Gender should never be the reason why certain children have access to education or not, or are given to early marriages or not. But unfortunately, this is the story of the girl-child today in some parts of the world today.

When I read the story of great women making waves in the world, I simply think of how many more of those women that could have risen to prominence as well, if they had the right environment, the right privileges and opportunities that those we celebrate today have, especially while growing up. The girl-child has been subjected to all manner of abuses: sexual abuse, gender abuse, et cetera. All these are as a result of not perceiving the girl-child correctly. As I look at the likes of Ngozi Okonjo-Iweala, Kamala Harris and many more women doing valiantly well in our world today, I see a world of endless possibilities for the girl-child if given the right opportunities to thrive and be all that God has destined her to be.

I live in a part of Nigeria where the girl-child is married off early and is relegated to the background. Many of these female young girls of secondary school ages are forced to marry men that are almost the ages of their own biological father at such a tender age and against their own wish. The truth is; culture and religion dictates how some female children are being treated in some parts of the world. Certain culture and religion give no room for the female child to have a say in determining her own future. Imagine for a minute, that the Kamal Harris of this world, the Ngozi Okonjo-Iweala of this world and many more, were not given the right education or access, or were married off early, how would they have been celebrated today?

Education for many girls today stops at a particular age that has been determined by the parents. In certain cultures, the moment a girl-child turns age 12, her parents believe she is already ripe for marriage and what they do in that regard becomes binding on the child. So, what do you expect from such a girl when her own parents are giving her away in marriage? At that tender age, she is not matured yet, she may not even know until that time, her left from her right. She is not matured, cannot make her own decisions without being properly guided but yet, she is being pushed into early marriage.

The education of a girl-child should never be slaughtered on the altar of culture and tradition anywhere in the world. I believe various world bodies responsible for the care of the children should rise up to end this menace once and for all. The education of a girl-child is as important as the life of the child itself. Education is the fundamental right of a child, whether male or female. What exactly does it mean to educate? It simply means: to train the mind, character and abilities of individuals. According to the Universal Declaration of Human Rights (1948), education is a fundamental human right that should be availed to all citizens; irrespective of age, sex and nationality. When a girl-child is constantly deprived of education because of the less value the society places on that gender, the implication of it is that future world solution providers are being robbed of their potentials and the solutions that they ought to bring to the table.

Think about it for a minute the task that is ahead of the new DG of WTO, in the person of Ngozi Okonjo-Iweala. Whether the world likes it or not, only her has been destined to carry that organization to the next phase at such a time as this, and imagine that she has not received the needed education and given the right environment to thrive while growing up. That means the world will lose out on the level of ideas and solutions that she could bring to the table. If the world would make the needed progress, then we must prioritize the education of every child, most especially; girl-child education.

This is why at Flickers of Hope Foundation, one of our core areas of focus is in ensuring that children of schooling age are removed from the streets and are enrolled in school. Our focus is to reduce to the barest minimum the number of out-of-school children in Nigeria and ensuring that those children are re-integrated back into various schools for the continuous growth and development of their minds so that those children can turn out to be useful to their societies, nation and the whole world at large. This we do through a number of scholarship programs earmarked for this purpose. For more of what we do at Flickers of Hope Foundation, visit: www.flickersofhope.org

Flickers of Hope is a Non-Governmental Organization with a primary focus on Education. We aim to educate, mentor, empower and equip young people, as beacons of hope for the nation.
Post Views: 817