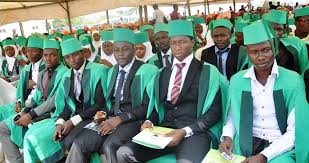 ASUU strikes come into play every once in a while.  As much as the fight can be linked to the well being of students on the long run. It also affects the same students gravely. It disrupts academic calendars and elongates what should be few years of study; making it seem endless and tiring. Not to mention the parents, especially some of the middle class or indigent ones; who have calculated the length of time they would have to struggle and sweat to make sure at least that one child completes the number of years in the higher institution, all things being equal. Hoping that after the stipulated number of years, this graduate will get a good job and help fund his other siblings’ education too.

I know a story of someone who back in the days entered the university as a promising young man for a 7 year medical course but a 2 year strike came up. By the time they were called back, he had to redeploy to another department where he would spend just 4 years because the funds and other elements for the completion of the 7 years was no longer feasible. He therefore moved to a course he didn’t like and graduated. Years later, regretting why he didn’t just stay through the 7 years; fighting and struggling his way through on the course he desired, haven seen his former course mates graduate as medical doctors later on.

This is the story of many young Nigerians. I believe only very few students have experienced otherwise, maybe by virtue of the schools they attended such as private universities or few government schools that have managed to buy out of this situation.

It is no news that the rush for the government owned schools is more, especially the Federal Government. Asides the fact that some of them have a long standing reputation for the value they offer and the quality of graduates they produce. More importantly, the fees are actually subsidized, quite affordable for an average Nigerian.

In fact, at the final year of senior secondary school, most students and parents are on their toes in search of preferably a federal government university for the next level. One reason is, they cannot afford the fees of the private universities they would have wished for.  In fact, many don’t even wish it based on their financial history. Most times, the concern is not of what quality of education the school would offer the child or the course the child desires to study, it is mainly of which school you can get admission into “sharp sharp,” do you want to spend a whole year at home? The fear and anxiety heightens.

Another reason is, just put in a school where an uncle, aunty or family friend can work it out for you; ensure that you get the admission. No wonder, those that have the rare privilege, run abroad for a smooth sailing tertiary education experience. Already launching into their masters degree program while their counterparts in Nigeria are still on the journey of their first degree, wondering when it will end.

Every year, only perhaps 10% of graduates from senior secondary schools in Nigeria, who actually excel in all their papers in the external examinations, get into government universities the very first year they attempt it and are admitted to a course they applied for. The remaining 90% encounter various challenges. Those that are probably forced to accept a course they would never have dreamt of studying, because if they declined this opportunity, the chance of getting admission the next year is very slim.

The Nigeria’s National Bureau of Statistics (NBS) and the Joint Admissions and Matriculation Board (JAMB) data shows that between 2010 and 2015, of the 10 million applicants that sought entry into Nigerian tertiary institutions, only 26% gained admission. During the 2019 admissions process, data from Joint Admissions and Matriculation Board (JAMB) shows that not less than Six Hundred and Twelve, Thousand, Five Hundred and Fifty–Seven (612,557) qualified candidates were offered admissions. That is 52.9 percent of all the One Million, One Hundred and Fifty-Seven Thousand, Nine Hundred and Seventy- Seven (1,157,977) qualified candidates for the admissions.

Painful is the fact that those who do merit it stay out of school for reasons beyond their control, forced to write exams year after year, waiting for an admission they are not sure off. More painful is that after years of waiting and luck finally smiles; the admission comes then strike comes into play again. Should gaining admission into the Nigerian government university be so tedious, a milestone that seem insurmountable?

Many young Nigerians cannot actually dream and say, by this number of years, I would have been done with my tertiary education, my masters and so on because at the final year in senior secondary school reality hits hard and the people around you from experience give you a thousand and one reasons why you need to get into any school, and any course, anywhere, anyhow so that you can just be called an undergraduate, and a graduate soon in years to come.

Therefore, only a very few percentage actually get out of school and use their course of study in their line of work. In fact, right there in school, you are told by your school mates that your course is a waste of time, asking why you even chose such a course. Like you had any stake in that matter of choice! On this note, I have seen others continuously, year after year, rewrite the secondary school external exams through their years in university just to get admission into a course they truly desire and not live their future years in regret, not even minding the ones they have spent already. For few lucky ones, they go all out for a change of course in the same university they are admitted into. Most students when they complete their final exam in the university go all out rejoicing, FINALLY! Glad to be graduating after what seems like an unending journey.

Getting the admission for most people was nothing close to easy, and then in school, one can’t still settle. A circular to pack up and go home for one reason or the other, and stay for weeks or months, might just be released anytime.  Just thinking of the final year students that the COVID-19 pandemic disrupted their calendar and now, strike again!

To say the least, this admission system has a negative effect on the academic performances of secondary school students yet to graduate.  They have been brainwashed to believe that it is of no use studying to excel in your exams if you will still be at the same level with those that failed the exams. You will spend an extra year at home except “you know someone, that knows someone, that knows someone.”

So, if strikes must come into play on one’s journey in school, one should at least have the privilege of getting admission on time, right? If I deserve it, I should at least get in. I know and have heard of few tertiary institutions in the country where people say if you merit it and it’s your first choice, you will get the admission. Commendable! This should be the way of every school in the country. Getting admission into a tertiary institution shouldn’t become a nightmare but be worth looking forward to.

We advocate for a university admission system that works, supports excellent academic performance, rewards and encourages hard work. Many Nigerian youth desire to acquire higher formal education and early too, this joy and excitement should not be denied them. If the universities need to be more equipped to take in more students, then let it be done. By all means, the percentage of new undergraduates taken in yearly should increase and be encouraging. We also do not support incessant strikes. And we know the country and its educational system can get better. The students deserve better. The teachers/lectures deserve better. The educational system deserve better. Better funds! Better attention! Students deserve strike free years in school!