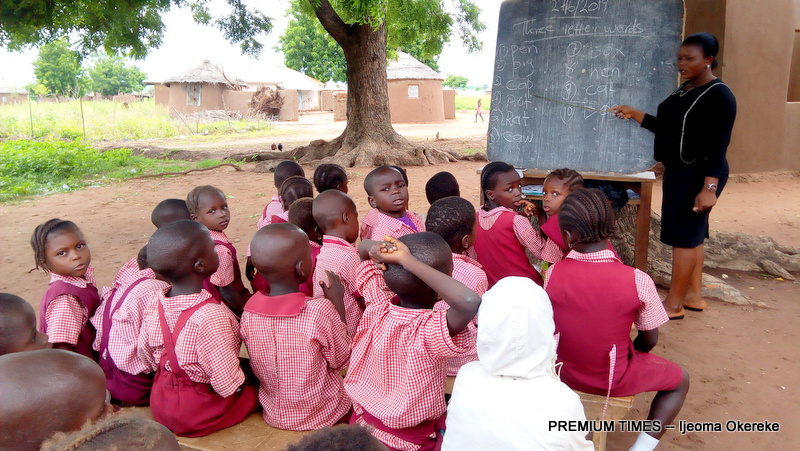 The Nigerian government says it has committed N10 billion to remove 10.2 million out-of-school children from streets in the next five years.

The governments said it hopes to achieve the target by enrolling two million children yearly in the next five years.

The Minister of Education, Adamu Adamu, said this during the unveiling of “Education Sector Short and Medium Term Blueprint/Work Plan on the implementation of Education for Change: A Ministerial Strategic Plan (MSP)“ document presented on Thursday in Abuja.

The two-day retreat was attended by states’ commissioners of education, permanent secretaries, chairpersons of State Universal Basic Education Boards (SUBEBs), directors and heads of parastatals and agencies in the education sector.

According to the document, by the end of 2020, about N3 billion would have been committed by 19 states, “outside the intervention of the federal government to ensure the enrollment of over two million school-age children who are not in school.”

Mr Adamu said the government would embark on sensitisation of traditional rulers and religious leaders on the need to inform their communities of the benefits of formal education.

The minister also said there will be ‘crackdown’ on substandard primary and secondary schools across the country.

Currently, Nigeria has over 10 million out-of-school children and 60 per cent of that number are girls, many of whom enrol in school but drop out along the line.

The budgetary allocation to the education sector in Nigeria is lower than the 15 to 20 per cent recommended by the United Nations.

However, Mr Adamu, in his last administration apologised for his inability to reduce the number of out-of-school children during his tenure.

Mr Adamu appealed to lawmakers to increase allocation to the education sector. He asked state governors to invest more in basic education.

The minister also advised state governors to be prompt in providing matching grants to access the federal government’s interventions through the Universal Basic Education Commission.

PREMIUM TIMES reported how President Muhammadu Buhari proposed a capital expenditure of N48 billion for the Ministry of Education in the 2020 appropriation bill he submitted to the National Assembly.

However, the president did not mention the recurrent expenditure for the education sector in his budget speech.

The N48 billion proposed for capital expenditure for the education ministry for 2020 is lower than the N61.7 billion in 2018 and N56 billion for the sector in 2017.

However, it is slightly higher than the capital expenditure of N47.2 billion in 2019.

Messrs Buhari and Adamu had assured that the education sector would witness remarkable improvement in funding in 2019.

‘States must be committed to the plan’

Also speaking, the Permanent Secretary, Federal Ministry of Education, Sonny Echono, urged all the state commissioners at the meeting to take the action plan contained in the document seriously.

He said the 2018 National Personnel Audit of Primary schools in Nigeria showed that 10.2 million children were out of school.

“The above followed the assumption that there would no new out-of-school children in these five years. All the children of school age will automatically enrol in school, following the compulsory years of schooling as enshrined in the UBEC Act,” he said.

Meanwhile, the deputy chairman, House Committee on Education and Services, Ifeanyichukwu Ibezi, in his remarks, asked all participants at the retreat “to review and reflect on the content and quality of education the Nigerian child is currently receiving.”

He said Nigeria “is in need of a functional educational system that would equip learners with requisite knowledge, attitude and skills to enable them relate and adapt successfully to the rapid socio-economic, cultural and political changes in the society.”