Mixed reactions over age limit for admission into varsities 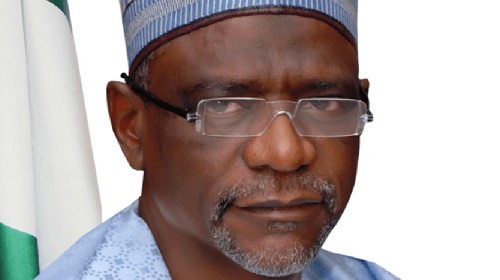 At 15, Tochukwu Nwafor had already completed his secondary school education. He was as tall as a 16-year-old. Following a successful outing in his West Africa Senior School Certificate Examination (WASSCE) and Unified Tertiary Matriculation Examination (UTME), the sky was his limit. His parents’ faces had lit with pride and fulfilment – that their beloved son would likely complete his first degree by the age of 19 but the university would not accept Nwafor because of his age.

Elsewhere in the Southwest, Mrs. Adepeju Oriola was cursing under her breath as she said: “My daughter is 15 years old and they said she has to wait one more year to seek admission into the university. What kind of system is this?

“Is it a crime to be brilliant and ready to gain admission at 15? Whatever happens to ‘catch them young? And we say youths are the leaders of tomorrow?”

Faith Oyende, Lagos State University’s (LASU) best graduating science student further illustrates the angst of those denied admission by Nigerian universities because of age. Twice, young Oyende was denied admission into a university because he had not attained the age of 16. She eventually graduated at the age of 21 having studied Biochemistry and graduated with a 4.68 cumulative grade point average, (CGPA).

When asked about her story, she stated: “It is a long story. I actually wanted to become a medical doctor. But I was denied admission at the University of Lagos, (UNILAG), and LASU because I was not yet 16 years old. Having finished secondary school at the age of15, I wrote and passed the Joint Admission Matriculation Board Examination. But during the post-Unified Tertiary Matriculation Examination (UTME), I was told I must have attained 16 years before I could be admitted.”

The parents maintained that it is a retrogressive measure by the institutions that anybody under 16 years cannot become a university student.

The issue of the age limit for admission seekers came up again recently when 15-year-old Sylvester Opara made A1 in all his subjects but could not be admitted into the university.

Although the 16 years age limit requirement for university admission has no legal backing, it has become the standard for universities in Nigeria, which had, in their post-Unified Tertiary Matriculation Examination (UTME) advertorial, stated that “candidates who are not 16 years are not eligible and need not apply.

The estimated population of Nigeria is about 200 million, according to the United Nations, with an average of 17.9 years. Most of that is a young population, with 42.54 per cent between ages one and 14. There is also a very high dependency ratio in the country at 88.2 dependents per non-dependents. Against the backdrop of these statistics, some parents and stakeholders argued that the continued implementation of the age-limit policy is limiting productivity.

Coordinator, of Campaign against Injustice, Mrs. Oladunni Babalola, said with more and more vibrant kids completing their primary and secondary education earlier than ever imagined, and universities shooing them away, on the premise that they must be 16 years old before they can be admitted, the Federal Government should not wait until many of the kids become despondent.

Babalola said children with exceptional performance should be given a waiver. According to her, using an age limit to momentarily halt academic momentum might not be good for the nation and the individuals.

She said: “I think the law in place states that you have to be 16 years before you are allowed entry into the university. But I think there should be an exception to every rule, particularly for exceptionally brilliant students.”

Babalola appealed to the government to avoid wasting the time and brains of young, vibrant and scholarly youngsters.

Another parent, Sarah Davies, noted that Nigeria might lose its best brains this way.

“This is why children like this will travel out of the country and never return. Who says 15 is too young? Go and google the youngest professor of mathematics in the world, he became a professor at 17,” she said.

However, an education consultant, Ayomide Tosu, thinks differently. She said: “The national curriculum and age range should be followed as it is a yardstick for admission into any academic institution. At a certain age, a child is expected to exhibit some skills morally, intellectually, emotionally and socially. I can assure you that strict adherence to the national curriculum will produce a total child, who will, in turn, face future challenges that may not be academic related.”

A career guidance counsellor, Tolu Arobieke, said 16 is still a reasonable age for a student to gain admission into the university. Arobieke, however, regretted that some parents and institutions have abused the policy.

“Globalisation has made students very smart in learning, due to the introduction of advanced learning gadgets as well as the Internet. But, it is not always advisable to allow students below the age of 18 into universities owing to the fact that most of them possess low Intelligent Quotient (IQ) and cannot meet demands of the society,” she stated.

Arguing further, Arobieke noted: “Admitting students below the approved age could also lead to stress and mental instability. Some of these students are just not equal to the multi-tasking nature of life in higher institutions. We have seen a case at the University of Lagos where a student went berserk because his mental capacity was incapable of assimilating what he was learning and getting used to the way of life in the university.”

A professor of Adult Education, Prof Adeolu Olamiju, would rather accuse the elites of abusing the age limit in primary, secondary and tertiary institutions, using their financial muscle. Olamiju claimed that 60 per cent of students below the stipulated age limit in different schools are children of the rich, whose parents could afford to spirit them through schools to acquire degrees at a tender age.

“However, one thing they fail to understand is that these children are barely mature for some of the stages they find themselves. Nonetheless, fast learners among them assimilate easily in terms of academics, while some of them are just unserious and end up becoming a bunch of nuisance. Yet, Olamiju admitted: “The good thing is that some of these students end up achieving their life’s ambition in good time, while their parents also put off the burden of funding their education quite early in life.”

Dr Uduak Etim, a Guidance and Counsellor at Ebonyi State University, said it is not ideal for a student to go to university at under 16 years. “If you talk of gifted children, how many are they in a class? Whoever must have argued for it must be an expert in sociology and psychology.

“It is not ideal for any child to go to a university under 16 years. Even those in the university are just there to satisfy their parents. It is not encouraging. It pains me when I see a child not up to one year and they are already taking her to school. It is wrong; the child should first be educated at home.

“When you rush a child too early, the child rushes out too early without learning. Parents should dedicate more time to their children. If a child enters school at eight years, you will notice that he/she will be more mature than his/her other mates, who may be six or seven years old in the same class,” Etim said.

Education consultant, Ololade Junaid, said some parents are too impatient to allow their wards to mature before getting into the university.

“In the United States, you graduate from high school at age 18. Not 15 as we have in Nigeria… Later, we’ll be wondering why we’re backward,” she said.

Junaid advised parents of under-aged high school graduates to allow them to spend time learning other skills before going to university.

“My advice is if your child falls below the age limit for admission into a tertiary institution in Nigeria, that child can have a gap year during which he or she could explore by acquiring skills, and learning languages – both foreign and local. Life will not end if they go to university at 16 or 20,” she said.

In western countries like the United Kingdom and the United States, school-age entry is five. In both countries, the age of entry into the university is usually from 18. However, younger people have also been admitted based on an exceptional performance.

Nigerian British Mathematics prodigy, Esther Okade, is one of the child prodigies who made university at the age of 10. She enrolled at the Open University, UK.

In the meantime, the jury is still out as to the usefulness of having a cap or not on the age of university admission seekers. Stakeholders, however, urged the Federal and State Governments to return the nation’s tertiary education system to its glorious days. With implicit confidence that a four-year programme will run as such, perhaps, not many a parent will be eager to push children through the ivory tower ahead of approved timelines.