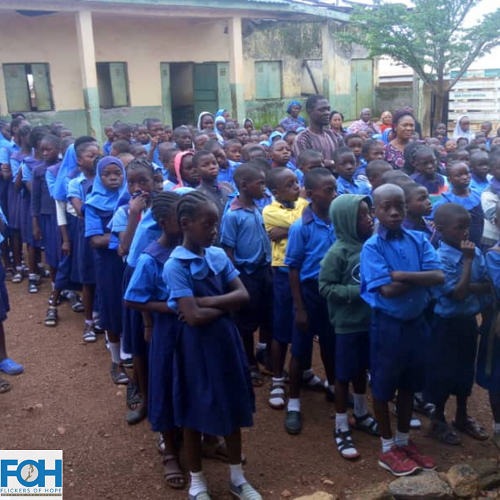 In recent times, Nigeria’s school system has come under violent attacks, as bandits target schools to kidnap children and teachers at will. The effect of these attacks has further exacerbated the fragile school system, which is antithetical to sustainable and national development.

Despite measures put in place to tackle insecurity, attacks on schools have been on the increase. There are fears that if not proactively addressed, the situation in schools, especially in the north will portend long-term danger to the quality of labour force and human capital needed to drive a sustainable economy.

In any education system, peace and tranquility are antidotes for successful teaching and learning. So far, millions of school children in Nigeria are caught up in conflicts that have resulted in insecurity not only in terms of the drop in attendance, but aid threats to life and property. Regular school attendance is crucial to the education and development of school children in any country. There is always a negative impact on the educational development of the child, the school, and the community when children do not attend school regularly.

Because of this, there are laws in many countries that require a child to attend school until 18 years of age. A child who attends school regularly is likely to learn and become more successful than those who do not. Parents who make regular school attendance a priority also are helping their children to learn. In addition, regular school attendance is an important ingredient for academic success and successful life.

Kidnapping for ransom by armed groups, many of who carry guns and ride motorcycles, are common across many northern states.

Nigeria has one of the world’s highest numbers of out-of-school children, according to United Nations Children’s Fund (UNICEF). A wave of school kidnappings has worsened the situation, with some states in the north closing down schools until security is guaranteed.

UNICEF, while faulting the closure said it is not the best approach. it noted that the recent spate of abduction is having a huge impact on education in Nigeria. Country representative, Peter Hawkins said at a time when the pandemic was rife, and some parents have withdrawn their children, or have not sent them back to school, insecurity, and threats to educational facilities can only compound an already difficult situation.

Hawkins said: “The solution to insecurity in schools is not to close schools down. It is to improve the security, improve connections between schools and communities so the communities themselves offer some semblance of security.”

Similarly, Nigeria Union of Teachers (NUT) spokesperson, Emmanuel Hwande noted that the closure would disrupt the free flow of the academic calendar as well as the flow of children’s educational pursuit.

Thirty-seven per cent of global abductions last year took place in sub-Saharan Africa, putting it above all other regions, according to Control Risks, a security firm.

With the kidnappings in northern Nigeria, “for some students, that’s the end of their academic life,” said Muhammad Galma, a retired army major and security expert. “No parent would want to endanger his or her child’s life simply because of education.”

The minister of state for education, Emeka Nwajiuba, recently came under attack over his pronouncement that the responsibility of securing schools lies with school managers and locals, declaring that Nigerians must be vigilant so as to end attacks on schools and abduction of students.

Vice-Chancellor of the Nigerian Army University, Biu, Borno State, Prof Mohammed Kyari, blamed the Federal Government for increased abduction of students in northern schools by bandits, saying the government has been indirectly fuelling insurgency with ransom payment for the release of abducted school children.

And worried by the cases in the northern part of the country and subsequent closure of schools in affected areas, educationists have canvassed a holistic approach to tackle the development and
appealed to leaders to ensure that learning in the region is not truncated.

In Borno State, for instance, various primary and secondary schools in Maiduguri metropolis, Biu, Gwoza, and Bama towns have been rebuilt with perimeter fencing and barbed razor wires, apparently to prevent a repeat of Chibok incidence.

But in places like Guzamala, Marte, and Abadam that are still under Boko Haram control, schools are still closed after torching them between 2014 and 2019.

Speaking on the impact of schools closure in the north coming after COVID-19 lockdown and implications on the educational system, a former Chairman, All Nigeria Conference of Principals of Secondary Schools (ANCOPPS) in the

North-East, Dr. Mudi Jahun Mohammed said shutting down schools to prevent attacks poses more threats to communities, as children out of school are readily available for criminals to recruit.

Mohammed who is also the Centre Manager, National Teachers Institute (NTI), Kaduna, said: “If you close these schools because of kidnapping, you’re also helping to develop another local insecurity. The students are contained in school where attention is focused on teaching and learning, but when they are at home, their parents lack the strength to control them. In that case, they become another source of threat to the community.”

Mohammed noted that the practice of dropping out-of-school contributed hugely to youth restiveness, which he said, breeds hooliganism in the region.

He added that shutting down schools would adversely affect the academic calendar, particularly of external examination bodies. “These bodies will not wait for students in the region, how do you explain that you have not covered the syllabus to meet up with other schools?”

Mohammed advised the government at all levels to do more intelligence gathering for preventive measures against attacks on schools and not remedial action.

“Most of the schools don’t have security personnel and if there are, the numerical strength of bandits with AK 47 outnumbers the school security team, who are only armed with a stick,” he said.

He urged state governments in the region to temporarily convert boarding schools today pending when the lasting solutions to the kidnapping of students and staff would be proffered.

An educationist and a retired teacher, Alhaji Usman Hassan, who expressed dismay over cases of kidnapping in the north, said parents may stop their wards from attending school if the situation persists.

He said education would continue to suffer if the government fails to tackle the challenges and secure the lives of pupils.

On his part, Kebbi State Chairman of Nigeria Union of Teachers (NUT) Issa Umar, said the government should act fast by finding lasting solutions to the kidnapping of students. The state Commissioner for Basic Education, Alhaji Muhammad Magawatta Aliero said parents and communities must complement the government’s effort at safeguarding and promoting the sector.

He said investment in education is capital intensive and the government alone cannot bear it.

Commenting on the effects of school closure on education, Director, Quality Education of Zamfara State Basic Primary Education Board (SUBEB), Alhaji Aminu Musa Kanoma lamented that primary education at the grassroots has suffered a major setback in terms of learning.

Apart from missing long periods of learning as a result of insecurity and attacks, Kanoma said there were other important items lost to the infamous COVID-19 lockdown.

Kanoma observed that as a result of the long period of stay-at-home associated with coronavirus pandemic, “several instructional materials were destroyed by termites, which will take time and resources to replace.”

According to him, the only way to bridge the gap for lost periods is to introduce alternative learning.  Kanoma said radio education programmes could continue, but with a lot of advocacy to improve listening and the culture of concentration.

The state Commissioner for Higher Education, Abdullahi Gurbin Baure said the lockdown is a setback for students hoping to conclude their programmes within the stipulated time.

A lecturer with Federal University Gusau, Dr. Anas Sank Anka said though education has been adversely affected due to unrest and kidnapping in the region, he said the situation is a lesson for the nation to adjust its educational system and policies.

“We must look inwards, return to the drawing board and start a new and workable educational plan as a nation,” Anka added.